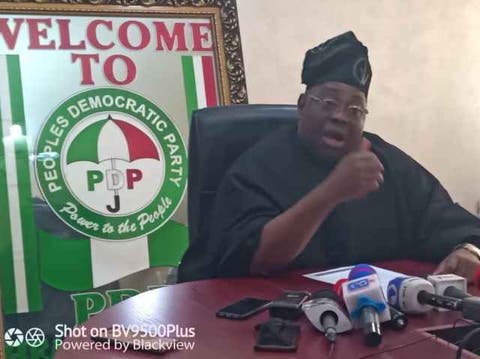 Dele Momodu, a publisher and newspaper writer, has announced his intention to run for president in 2023 on the Peoples Democratic Party platform (PDP).

He made the announcement after formally delivering his letter of intent to run for president to PDP National Chairman, Dr Iyorchia Ayu, at the PDP National Secretariat in Abuja.

Momodu said that he took the move because he could not become president unless his political party nominated him first.

The PDP president advised the aspirant to seek the party’s support, saying the aspirant had brought his political and media skills to the party.

He said the party would support him if he emerges as its candidate and will expect all other aspirants to team up with whoever becomes the standard-bearer of the party.

Chief Dele Momodu is a Nigerian journalist/publisher, businessman, and motivational speaker. He is the CEO and publisher of Ovation International, a magazine that has given publicity to people from all over the world, mainly in Africa.