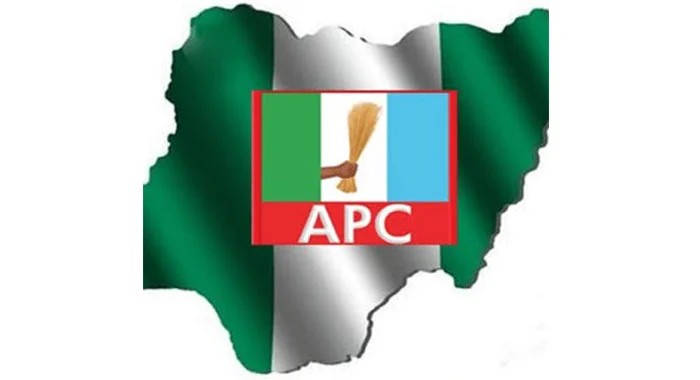 The All Progressives Congress has disclosed that the plans by the regime of the President, Major General Muhammadu Buhari (retd.), to borrow an additional $4bn from foreign lenders to finance development projects and for the better of Nigeria, aso Naija reports.

The party clarified that the regime was pursuing additional loans to finance critical infrastructure projects to stimulate the economy and create jobs in the nation’s interest.

This was contained in a statement titled, “APC to PDP: Borrowings are to finance development projects.” The statement was signed by the party’s National Secretary, Senator John Akpanudoedehe, in Abuja, on Wednesday.

Akpanudoedehe said, “Borrowings by the President Muhammadu Buhari-led federal government is for the good of the country as the money is used to develop critical infrastructure that is stimulating economic growth, generating jobs, reducing poverty and improving the general well-being of the citizenry.

“Unlike in the brazen looting days of the Peoples Democratic Party (PDP), the borrowings are designed to finance the deficit in the 2021 budget to enable the realisation of the Nigerian Economic Sustainability Plan that touches key sectors such as infrastructure development, boosting healthcare services, strengthening agriculture to deepen food security, more energy generation and continued tackling of the ravaging COVID-19 global pandemic.

“From the foregoing, it is abundantly clear that the borrowing is hinged on genuine needs and based on the necessity to strengthen the foundation of the national economy and achieve the desired primary purpose of the government of uplifting the living standard of the citizens.

“It was in PDP’s era that loans to fund power generation, purchase arms and ammunition to fight a raging insurgency were misappropriated and diverted to fund PDP activities; and the borrowed money ultimately found its way to the pockets of cronies, friends and family members of administration officials. Nigeria is still servicing a $460m loan taken from China to fund a phoney Abuja Closed-Circuit Television contract awarded in August 2010.”

The governing party urged Nigerians to recall that the PDP had, in its 16 years of misrule, pushed the country into a dark ditch of insolvency, and a period in which most state governments could not pay workers’ salaries – not even the minimum wage – or settle contractors’ bills and cater for patients in hospitals, to name a few.

Akpanidoedehe welcomed the bi-partisan support the President was receiving from the National Assembly.

In response, the National Publicity Secretary of the Peoples Democratic Party, Kola Ologbondiyan, said, “For us in the PDP, the APC has simply confirmed what we have always known since 2015. The APC can only function in opposition; it simply lacks what it takes to provide leadership.

“This regime is the least qualified to talk about corruption; it is simply borrowing to finance the corrupt lifestyles of its party leaders and their cronies. The money borrowed since 2014 has ended up in private pockets. This explains the various financial scandals in FIRS, NPA, NHIS, NCC, and several government parastatals under their watch. Nigerians have started a countdown to 2023.”