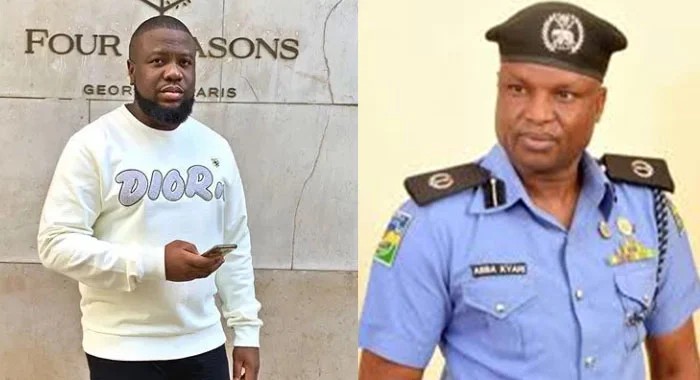 Further and thorough investigations by the police department have revealed how members of a syndicate led by international scammer, Ramon Abass, popularly known as Hushpuppi paid N235, 120, 000 to a younger brother of a former Commander, Intelligence Response Team, Abba Kyari, aso Naija reports.

The probe also indicates that Kyari, a Deputy Commissioner of Police, equally funnelled N44m to his brother’s bank account in multiple transactions.

However, the investigation report stated on Monday, failed to disclose whether Kyari’s brother was acting as a proxy for his embattled elder brother who is currently in custody of the National Drug Law Enforcement Agency.

The DCP, who was suspended by the police last July for his alleged links to Hushpuppi, allegedly attempted to sell part of the cocaine which was seized from some drug dealers in Enugu, while he was on suspension.

The investigation report which was submitted to the Attorney-General of the Federation disclosed that a total of N279.120m flowed to the younger Kyari’s bank account at various times from the cyber scam syndicate members-Efe Martins (lead coordinator), Sikiru Adekoya, Usman Ibrahim, and Hussaini Ala.

It stated, “Sikiru Adekoya has many times received money from Hushpuppi and Efe and has equally transferred money to Usman Ibrahim. Adekoya after initial denial of having any financial transaction with both Hushpuppi and Efe Martins eventually admitted receiving various sums of money through transfers into his GTBank.

‘’However, he could not offer reasonable explanations of what the sums were meant for and what he did with the monies. The network of Hushpuppi Internet fraud syndicate consists of Efe Martins as the lead coordinator who through his company, Efe Martins Integrated Concept Ltd., has at various times transferred different sums of money to Sikiru Adekoya, Usman Waziri Ibrahim, Hussaini Ala.

Continue Reading
You may also like...
Related Topics:Abba Kyari, Hushpuppi