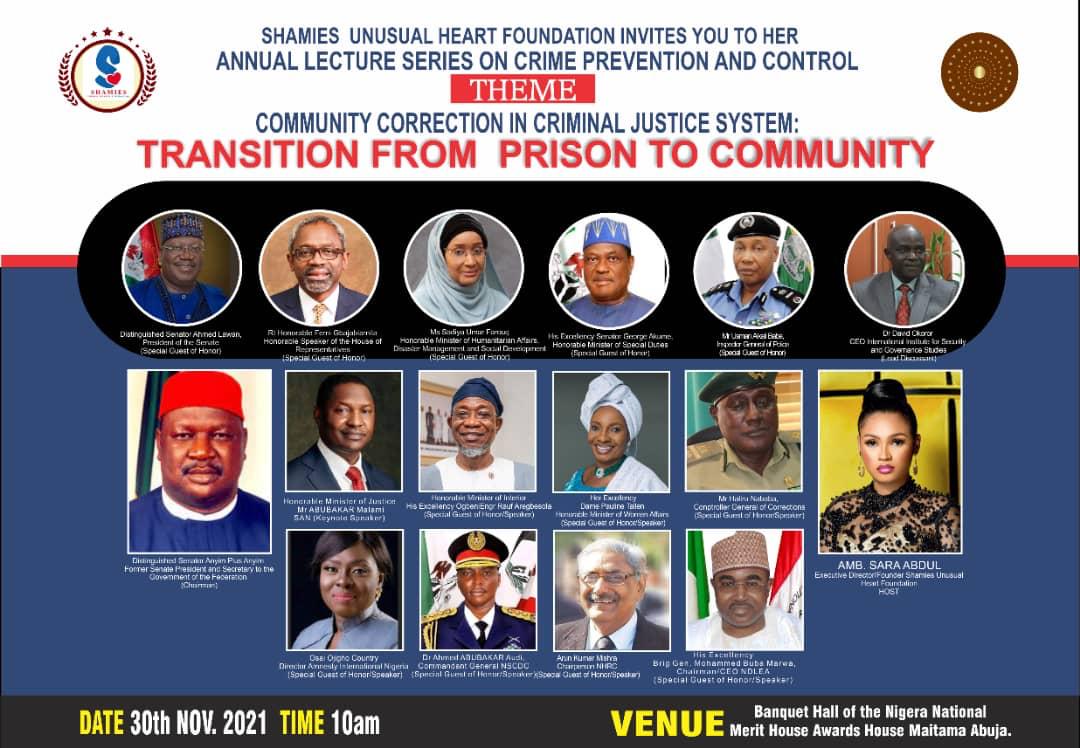 The Shamies Unusual Hearts Foundation is set to host the second edition of its annual lecture series, which is billed to take place on Tuesday, the 30th of November 2021 from 10:00am prompt at the Merit House Maitama, Abuja.

With the theme, “Community Correction in Criminal Justice System: Transitioning from Prison to Community,” the event is expected to bring together major stakeholders both within and outside the correctional value chain to a round table as part of efforts to support some of the reforms of the government with regards to correctional service in Nigeria.

Speaking during a briefing at the organisation’s corporate headquarters in Abuja on Thursday, 18 November 2021, the Executive Director and Founder of the NGO, Amb. Saratu Abdul noted that the Shamies Annual Lecture series is an initiative conceived with the aim of bringing major stakeholders in the Nigeria Correctional Service value chain to a roundtable to deliberate on ways to make crime less attractive, while recommending policies that will ensure that inmates and ex-convicts are part of the sustainable solutions to building a safer and more secured society for all citizens of Nigeria.

The Shamies foundation’s Director of Programmes, Mr. Shedrach Oka also stated that the Annual Lecture series fits into the organisation’s call on multi-stakeholder efforts to consolidate on goals of the Correctional Service Act, with the intention to fulfill its measured objectives, noting that the various programmes of the organisation is that which has been designed to support and complement the efforts of the government as far as the correctional service is concerned.

Dignitaries expected at this year’s event include, the Chief Executive Officer of the International Institute of Security and Governance Studies, Dr David Okoror, the Hon. Minister of Interior, Ogbeni Rauf Aregbesola, the former Senate President and Secretary to the Government of the Federation, Senator Anyim Pius Anyim and Mr ABUBAKAR Malami SAN, who is expected to be the keynote speaker among several others.

The maiden edition of the lecture series which held in November 2019 with the theme, Crime, Security and Criminal Justice System: Challenges and Future for Nigeria, had in attendance dignitaries from both the public and private sector notable among them being the Senate President, Dr. Ahmed Lawan and the Minister of State for Labour, Barr. Festus Keyamo, both of whom were ably represented.

The Lecture is open to all Development partners and Civil Society Organizations whose interest is on Correctional Sector, Crime and Security. 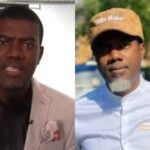 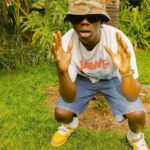