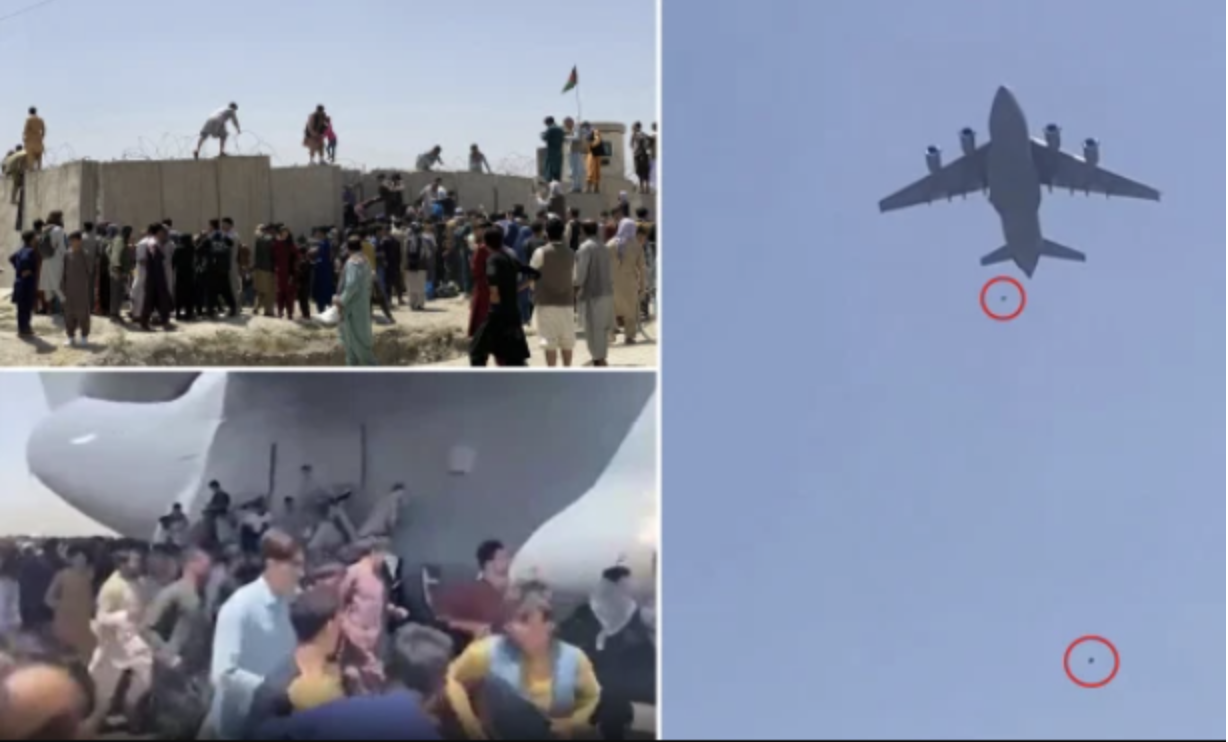 A number of stowaways appear to have fallen to a horrific death from an aircraft leaving Kabul.

Footage showed countless people jumping aboard the outside of a US Air Force plane seemingly trying to take off from a runway in the Afghan capital.

In one footage, as an Apache helicopter attempts to clear the runway, it was flooded with locals desperately trying to escape the carnage. Another footage seemed to suggest that at least two people have fallen from the sky.

It has not been confirmed whether the two incidents are linked or if the US Air Force craft was in fact landing when people jumped onto its side. Also, from the ground, a graphic image is seen apparently depicting the remains of one of the bodies which fell from a plane, Metro.co.uk reports.

A Kabul news agency reported that “Locals near Kabul airport claim that three young men who were holding themselves tightly in the wheels of an airplane fell on top of people’s houses.

“One of the locals confirmed this and said that the fall of these people made a loud and terrifying noise.”

People have been trying to escape Kabul after the Taliban insurgents overthrew the government and took over the Afghan presidential palace.

There has been pandemonium in the Afghan capital. Footage shows traffic gridlock as some residents try to flee by road. There was also congestion for those traveling on foot. At the airport, it was no different. On the civilian side of the airport, chaos has been reported and there have also been reports of gunshots. This has led to massive overcrowding at the airport in Kabul, where civilian flights have now been halted but military airlifts were still ongoing earlier.

Countries across the globe are evacuating their nationals and civilians desperately attempting to flee.

The speed of the Taliban’s advance has taken many by surprise, leaving thousands rushing desperately to escape.

Below are videos from Kabul. 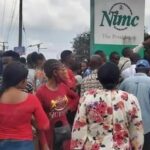 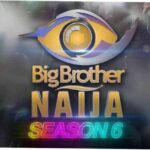