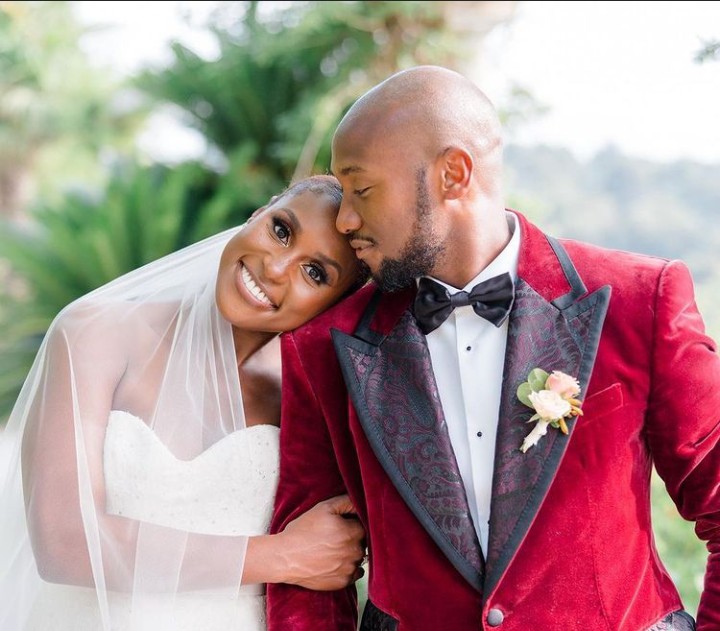 American actress, Issa Rae, has married her longtime boyfriend, Louis Diame, in a private wedding ceremony held at the South of France.

Rae teasingly confirmed this on her Instagram page, as she shared pictures of her wedding, calling it an “impromptu photo shoot”.

Issa wrote, “A) Impromptu photo shoot in a custom @verawanggang dress. B) My girls came to help me, but they all coincidentally had on the same dress! They were sooooo embarrassed. C) Then I took a few flicks with Somebody’s Husband. Big thanks to @whiteedenweddings for being so gracious and accommodating and making this feel so real and special.”(sic)

A source revealed to Entertainment Online that guests came from various locations to attend the private wedding ceremony.

Some of the lucky guests were able to have an invite to stay at a hotel nearby, known as Jean Cap Ferrat.

Major details about her wedding ceremony remain top-secret as at the time of filing this report.

However, fans are not surprised about the decision of the actress as she is known to keep her relationships off the camera.

When fans speculated that Rae got a proposal from her lover because of her ring back in April 2019, the actress brushed it off in an interview saying,”I’ve got a lot of rings on my finger. I wear jewelry, you know?”