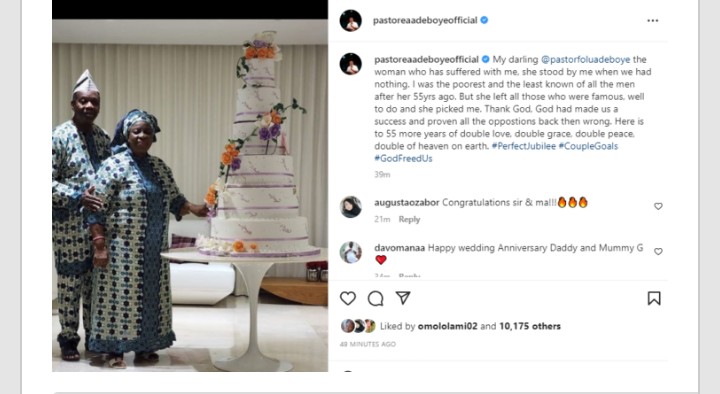 “The woman who has suffered with me, stood by me when we had nothing” – Pastor Adeboye celebrates wife Foluke, on their 55th wedding anniversary The General Overseer of the Redeemed Christian Church of God shared lovely photos of himself and his wife to commemorate the day and penned a heart-melting note to her.

Adeboye thanked his wife for bearing with him through his hardships and supporting him when he had nothing. Enoch Adejare Adeboye is a Nigerian pastor and General Overseer of Redeemed Christian Church of God in Lagos.

According to him, despite being the least qualified among her admirers 55 years ago, she still picked him.

“My darling @pastorfoluadeboye the woman who has suffered with me, she stood by me when we had nothing. I was the poorest and the least known of all the men after her 55yrs ago. But she left all those who were famous, well to do and she picked me.

Thank God, God had made us a success and proven all the oppostions back then wrong. Here is to 55 more years of double love, double grace, double peace, double of heaven on earth. #PerfectJubilee #CoupleGoals #GodFreedUs”. He wrote. 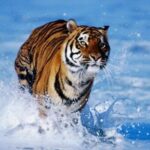 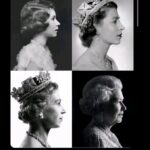