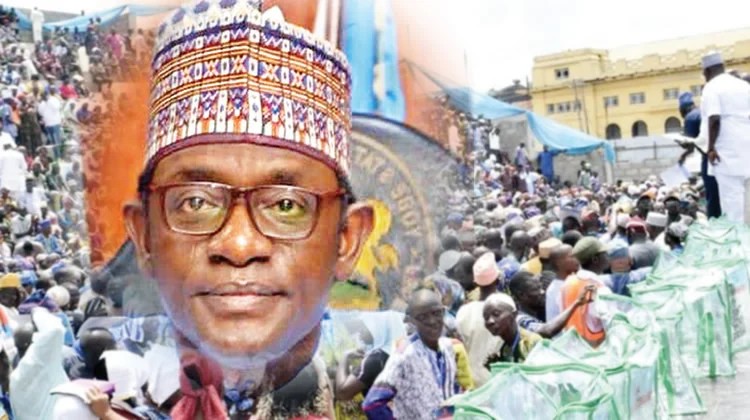 APC conduct congresses in 34 out of the 36 states of the federation by the governing All Progressives Congress.

While Ogun and Osun states recorded clashes between suspected thugs and loyalists of factional leaders, there were speculations that the exercise was suspended in Oyo State following reports that congress materials were forged by unknown persons.

Parallel congresses reigned supreme in states such as Osun, Ogun, Kwara and Enugu. In Ogun, hoodlums attacked the venue of the factional congress being held by loyalists of former governor Ibikunle Amosun in Abeokuta.

Pandemonium broke out when armed thugs invaded the Ake Palace ground, venue of the exercise, shooting indiscriminately into the air forcing party members to run for dear life.

According to correspondents who was at the venue shortly before the violence started, gathered that the venue had earlier been sealed by the police, but was later reopened.

Amosun’s loyalists had barely settled for the business of the day when the thugs invaded and launched an attack.

Members of the state chapter of the transport union were accused of perpetrating violence.

The policemen drafted to the venue to ensure peace were overwhelmed.

Some of the party loyalists resisted the thugs and also charged towards the policemen whom they accused of failing to perform their duty.

Police reinforcements later arrived and started shooting into the air to disperse the crowd who had then become unruly.

However, the MKO Abiola Stadium, where loyalists of the state Governor Dapo Abiodun held their congress was generally peaceful.

The two factions later held their congresses and announced parallel executives as members of the State Executive Committee after declaring that the leaders emerged via a consensus arrangement.

In Osun A similar situation was recorded in Osun State as loyalists of the state Governor, Adegboyega Oyetola, and those of Interior Minister of Interior, Rauf Aregbesola, clashed.

Two persons sustained injuries when suspected thugs clashed with another group of armed men near the entrance of the venue of the parallel congress held by Aregbesola’s loyalists.

Trouble started when at about 12:50pm, Aregbesola’s loyalists under the aegis of The Osun Progressives, started their congress. Gunshots rent the air forcing party members, residents and passersby to scamper for safety.

A car with about five armed occupants was seen driving along Osogbo/Gbongan Road heading towards the entrance to the venue of the congress.

It was learnt that another armed group stationed outside the venue of the congress resisted the invasion which led to a fire fight that left two persons injured.

Men of the Nigeria Security and Civil Defence Corps, who were also at the scene, also shot into the air to scare the invaders and restore normalcy.

In a statement issued after the confrontation, the state chairman of TOP, Adelowo Adebiyi, said,

“Two members of the APC, Adedapo Atobatele and Ismail Akinyede, were directly shot by hoodlums, allegedly led by a notorious thug, at the state congress of the party held at Ogo-Oluwa, Osogbo.

“Atobatele and Akinyede were shot in the leg and arm. The thugs invaded the premises of the state congress with about eight vehicles.”

He said officers of the NSCDC repelled the attackers.

However, the governor’s loyalists returned the incumbent state APC chairman, Mr Gboyega Famodun, for a second term. The congress leading to his election was conducted by a committee headed by Mr Gbenga Elegbeleye. The event was held at Osogbo City Stadium.

Soon after the congress, the governor, while congratulating the new party executive, appealed to party members to extend the support they had been giving to his administration to the new leaders.

He said, “I appeal to you to extend the same to the newly-elected party officials. I appeal to those who lost out not to lose hope.

I assure you all of a better tomorrow. The APC emerged on the strength of unity and progressive ideals.

We are still committed to these ideals regardless of some of the narratives making the rounds.’’

Also speaking at the event, the congress committee chairman, Elegbeleye, announced that voice vote was adopted for the congress due to the large number of the accredited delegates, which he put at 1,840.

It was gathered that Aregbesola, Senate Spokesman, Ajibola Basiru and the senator representing Osun West Senatorial District, Adelere Oriolowo, were among party leaders absent from the event.

Aregbesola’s Media Aide, Sola Fasure, could not be reached for comments on the reason for his principal’s absence.

When contacted, the media aide to Oriolowo, Niyi Isamotu, explained that his principal was out of Osun Stater on an oversight function.

In Abia and Niger, Parallel congresses were equally held in Abia State where two factions announced separate chairmen, secretaries and other party officials for the state.

The faction announced that Harbour polled 1,260 votes out of a total number of 1,277 to emerge victorious.

The event was held at Ugwunchara suburb of Umuahia, the state capital.

However, another faction of the Party led by the APC Caretaker chairman, Chief Donatus Nwankpa, held its congress at the indoor sports complex in Umuahia Township Stadium.

In Niger State, two groups of state executives emerged from separate congresses held by factions of the APC in the state, in Minna.

Aggrieved party members held a separate congress in Tunga-Minna while loyalists of Governor Sani Bello held theirs at the Legbo Kutigi open field also in Minna.

The aggrieved faction of the party announced Nasiru Ubandiya as the new state APC chairman at a time supporters of the governor had yet to commence accreditation.

Continue Reading
You may also like...
Related Topics:APC, Congress

Nigeria Belongs To Everybody And Not To The North – Lai Mohammed
APC Lawmaker: Our Wish Is To Have Tinubu As Our 2023 Presidential Candidate