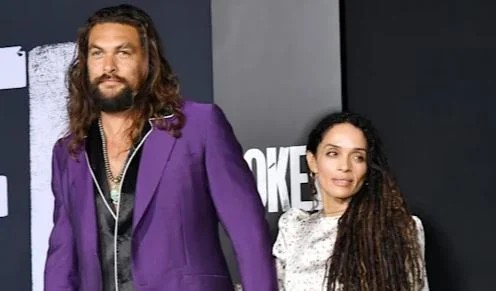 Hollywood couple, Jason Momoa and Lisa Bonet, have made retracted their divorce statement and decision, as they were reportedly living together again, aso Naija reports.

A close friend to the Aquaman star told HollywoodLife that the duo had decided to give their marriage a second chance.

The 42-year-old star known for his lead role in Aquaman married actress Bonet in October 2017 after they met each other in 2005.

It was the first marriage for Momoa and the second for Bonet, 54, who had been married to rockstar Lenny Kravitz from 1987 to 1993.

This comes barely six week after the couple took to their individual Instagram pages to announce their separation.

“The love between us carries on, evolving in ways it wishes to be known and lived. We free each other to be who we are learning to become. Our devotion is unwavering to this sacred life and our children,” the now-deleted January 12 post had partly read.

But a close pal on Friday said that the duo were “very much back together”, adding that their children – daughter, Lola, 14, and son, Nakoa-Wolf, 13 – were “obviously thrilled” by the decision.

“Jason moved back in with Lisa about two weeks ago and they are very much back together. They decided to work on things rather than throw in the towel because they have so much invested in each other,” the source said.

The unnamed pal added, “Everyone is really hoping that they can make this work this time around.”