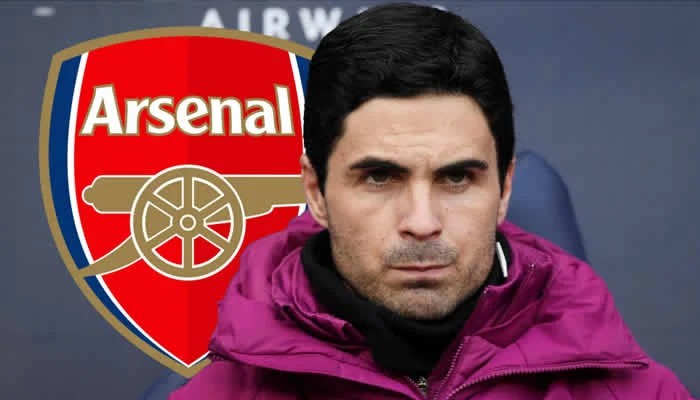 Following the recent development, he will miss the Premier League clash with leaders Manchester City on Saturday, the club said.

The 39-year-old Spaniard’s first positive test was in March 2020 which prompted English football to shut down as the pandemic took hold.

He is the latest Premier League manager to test positive in the last few weeks following Aston Villa’s Steven Gerrard and Patrick Vieira of Crystal Palace.

A club statement read: “Mikel Arteta will miss our match against Manchester City on New Year’s Day after testing positive for COVID-19.

“Mikel is isolating in line with Government guidelines and we wish him well.”

Arteta — whose side have rebounded from a disappointing start to rise to fourth place after winning their last five matches in all competitions — is still expected to conduct his Thursday press conference.

“This is really disappointing,” Arteta said, quoted by the BBC.

“I took the test after feeling poorly. I will be at work as soon as I’m allowed.”

Arsenal have closed the club’s London Colney training ground and club staff who had recent contact with Arteta will now self isolate.

Assistants Albert Stuivenberg and Steve Round will be in charge on match day.

The Gunners were without a number of players during their 5-0 win at Norwich on Sunday due to coronavirus, with Calum Chambers, Cedric Soares, Takehiro Tomiyasu and Ainsley Maitland-Niles among those infected.

Arsenal’s Premier League match against Wolves on Tuesday was postponed because their opponents had a surfeit of Covid cases.

Continue Reading
You may also like...
Related Topics:Arsenal, Arteta