Qatar side, Al Sadd have announced that Barcelona have paid the release clause which will see Xavier Hernandes return to the Spanish club as manager.

The club made the announcement in a statement on their official Twitter handle on Friday.

The statement read, “Turki Al-Ali: The #AlSadd administration has agreed on Xavi’s move to Barcelona after the payment of the release clause stipulated in the contract.

“We’ve agreed on cooperation with Barcelona in the future. Xavi is an important part of Al-Sadd’s history and we wish him success.

“Xavi informed us a few days ago of his desire to go to Barcelona at this particular time, because of the critical stage his hometown club is going through, and we understand this and decided not to stand in his way.

“Xavi and his family will remain welcome in Doha, and our relationship will continue.” 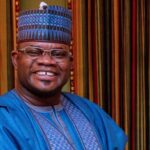