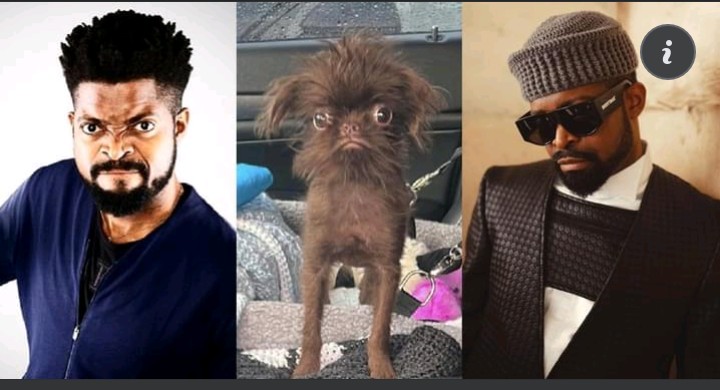 Nigerian comedian and actor, Bright Okpocha popularly known as Basketmouth, has reacted after he was compared to a dog on Twitter, aso Naija reports.

The picture of a weird-looking dog was shared online recently and social media users pointed out that the dog has a ‘striking resemblance’ with Basketmouth.

A social media user went as far as making a collage of the comedian’s picture alongside the dog’s to emphasize the alleged resemblance.

The 43-year-old comedian got wind of the viral meme and took to his Twitter page to express displeasure with the curator of the meme.

He placed a cuss on the person and threatened to deal with him/her if he catches them.

“The hater that did this will not find peace..I’m coming for you, lemme find fuel 1st… max 2 months. You’re mine” 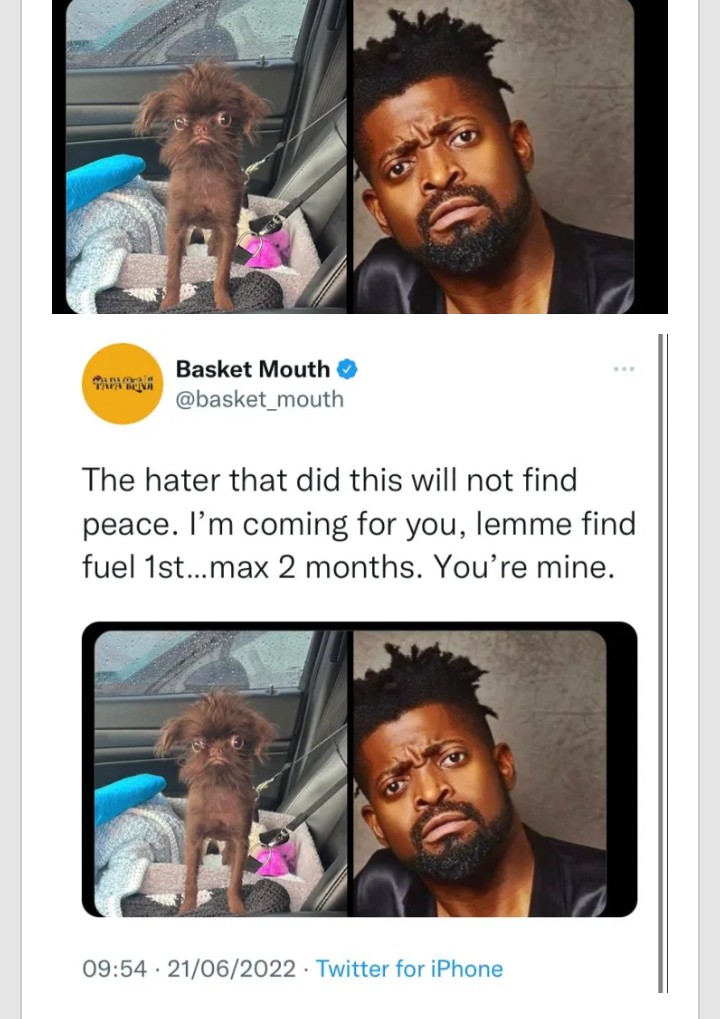 Bright Okpocha, better known by his stage name Basketmouth, is a Nigerian comedian and actor.

He has organized popular stand-up comedy concerts like Basketmouth Uncensored across the globe.

Basketmouth hosted a comedy challenge on Instagram, called the #TwoThingsChallenge which sparked an uproar from fans, after a young fan posted a video of him saying obscene things relating to sex, with a child in close view in the video.

“Portable should be taken to a rehabilitation center” – Delta State Governor’s aide Ossai
Singer Portable Ties The Knot With  His Baby Mama, zainab