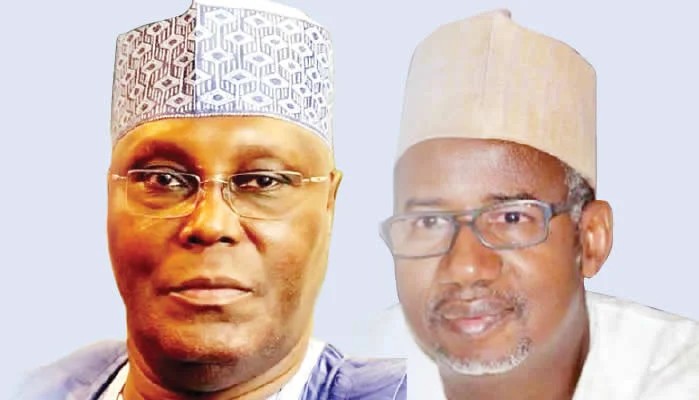 Bauchi Gov : ‘I Told Atiku To Let Me Run For Presidency Because He’s Old, Tired To Lead Nigeria’

Bauchi State, Governor, Bala Mohammed, has said he told former Vice President, Atiku Abubakar, to allow him contest and run for the presidency because he is old and too tired to lead Nigeria, aso Naija reports.

He said this in his speech while receiving the report of a Contact and Consultation Committee which he established for his presidential ambition which held on Friday at the Old Banquet Hall of the Government House, Bauchi.

Reports has it that the Committee, headed by Senator Adamu Gumba, which was inaugurated 15th August, 2021, visited 16 northern states where it interacted with various stakeholders in those states.

Mohammed said, “I am aware that even in Bauchi, people are divided, my elder brother, Bala Hadith, had the courage to tell me that people of Bauchi don’t want me to go to the center and I appreciate him. This is because this is the opinion of Bauchi which is the appreciation of what we are doing together. Bauchi can be better if I’m at the center.

“But certainly, we have to manage the two together (Bauchi and the Presidential campaign). I told my younger brother and my colleague (deputy governor) that he should not be happy to send me forth so that he will take over the governorship, I will do the two together.

“One of my brothers, a formidable and astute politician, Matawalle Sokoto (Aminu Tambuwal) did it before, so we are going to also test it. And I will not give (the governorship seat) to hold forth, such a big man, he will not give me back when I come back, but if he will give me, I will give it to him.

“There is no need for us to be greedy; of course, my presidency will not cause division. You can see that at the heat of the time that my elder brother, Malam Adamu was going round, we invited our elder statesman, the one that we respect so much, the Waziri Adamawa (Atiku Abubakar), we named a road after him.

2023 Presidency: Tinubu Is Healthy, Not Older Than Biden And Trump –APC Chieftain Says
I’m More Qualified To Be The Next President Of Nigeria -Wike