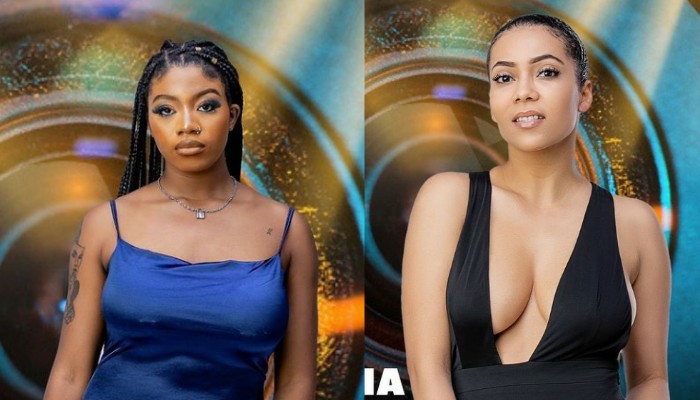 Big Brother Naija Shine Ya Eye ex-housemate, Maria, has asserted and claimed that she was under the influence of alcohol when she made some statements about Angel last week, aso Naija reports.

She revealed this in an interview with the show host, Ebuka Obi-Uchendu, following her shocking eviction from the show.

Last week, Maria had described Angel as a prostitute during a discussion with Nini and Peace in the Executive Lounge.

Maria had said that Michael would not date Angel because he sees her as a prostitute. That assertion led to a lot of criticism for Maria at the time.

THE INTERVIEW AFTER EVICTION:

In the latest interview, Ebuka asked her why she made such assertions about Angel and Maria asked if she said those exact words.

After Ebuka’s confirmation, Maria stated that that was a horrible thing to say and blamed alcohol for her statement.

She said, “I do take full responsibility for my words and actions. Maybe it was the Baileys but that’s horrible. That’s not a very nice thing to say.”

When asked about what she thinks about Angel, Maria said, “When I party with Angel, I love Angel. I like that side of Angel because she’s actually being herself.

“Angel on normal days is trying to escape things or not putting her best in whatsoever, in my opinion.”

Continue Reading
You may also like...
Related Topics:Angel, Maria