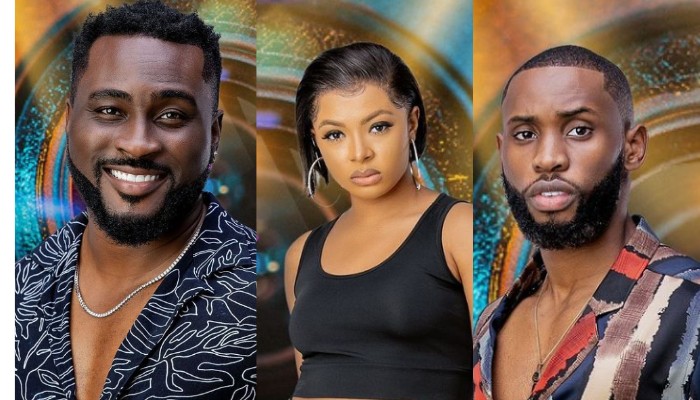 Big Brother Naija Shine Ya Eye housemate, Pere, has expressed that he hope Emmanuel is serious with Liquorose as she is with him, aso Naija reports.

According to Pere,he hopes that Emmanuel values Liquorose because she seems serious with their relationship.

He said this while discussing with Cross on Saturday, day 69 of the show, as the duo waited at the garden for Liquorose.

When Pere asked about Liquorose, Cross said, “She has gone upstairs to meet her husband. She said she was going upstairs to join Emmanuel.

In agreement, Cross said, “I really respect that babe. She’s a babe and a half. The babe is a hustler. She’s a wife material ‘1000 yards’. She’s the correct babe.”

“I hope Emmanuel values her. Hopefully he’s as serious as she is,” Pere said.

Cross said, “Emmanuel is a baby boy. He’s not serious. Liquorose is even older than him.”

This is not the first time that the housemates have doubted Emmanuel’s seriousness in the ‘Emmarose’ ship.

Earlier on in the show, Angel had stated that she thinks Liquorose deserves someone better than Emmanuel because he’s a flirt.

#BBNaija: “Liquorose Is Beautiful But Not Smart At All” – Former Housemate, Beatrice (video)
I Was Sad That Saskay Felt Like A Widow After My Eviction From BBN –Jaypaul