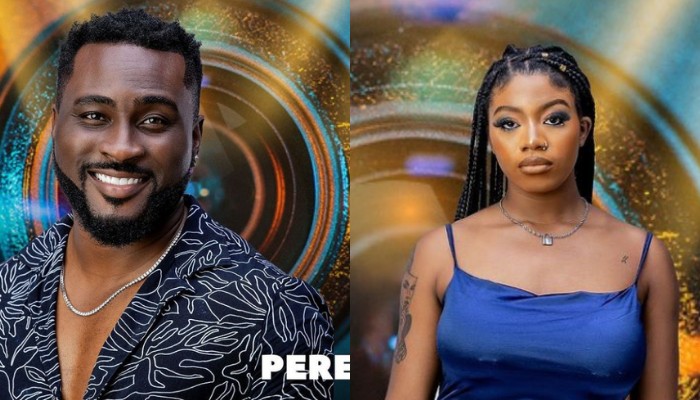 He said this in his Diary Session on Tuesday, day 52 of the show, when Biggie asked him who he nominated and why he did so.

According to him, he nominated Angel because she was rude and lazy.

“When Emmanuel was the Head of House, I was asked to clean where I normally would clean everyday without being told, most of the time – the hallway and wardrobe area.

“I’ve done that by myself always but this particular day, I believe it was a Sunday, Angel was asked to assist me in doing that.

“While I was waiting for the broom, I was in the salon. She came to the salon and was like, ‘Pere, are you going to clean the wardrobe area?’

“I told her, ‘Yea, I’m going to clean the wardrobe area.’ I do that by myself most of the time without being told.

“I was just waiting for the broom knowing fully well that we were supposed to clean it together. I got the broom and swept everything and she didn’t do anything.”

He also recounted a similar occasion where such happened, stating that he was intentional about nominating Angel for possible eviction.

The second person he nominated was Nini and according to him, he had no particular reason for nominating her, as he just used her as his “no. 2” nomination.

BBNaija S6: I Think I’m unlucky – Emmanuel Says As He Weeps In Diary Room
BBNaija S6: Emmanuel Confronts Liquorose For Distancing Herself From Him