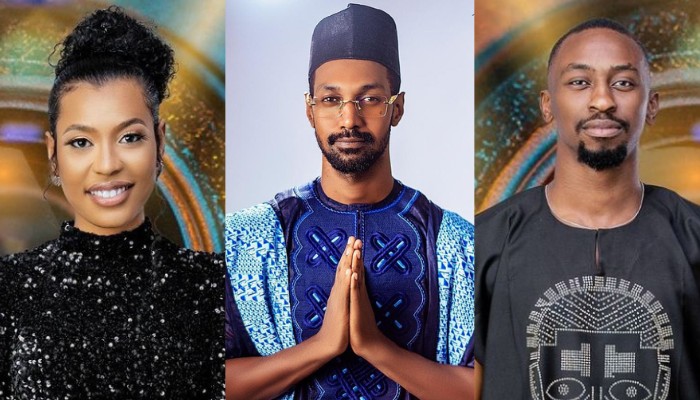 Big Brother Naija Shine Ya Eye ex-housemate, Yousef, has said that he was attracted to Nini but did not seek it because Saga liked her, aso Naija reports.

He made this known in his exit interview with the show host, Ebuka Obi-Uchendu, after his eviction from the house.

Yousef and Saskay were evicted from the Shine Ya Eye house on Sunday and each had spent eight weeks on the show.

Speaking with Yousef in the interview, Ebuka asked him which of the female housemates caught his eye in the early parts of the show.

At the first point, I saw Nini. I tried to understand her. I noticed she’s a little bit playful. Saga was my friend and he wanted her. He really wanted her and I felt like, if it was me, I wouldn’t have wanted her that much,” Yousef said.

Still speaking on his thoughts about Saga and Nini, Yousef said, “I feel like Nini is just running Saga up and down. I feel like Saga doesn’t really know her much Nini would want to drop him in the middle of the ocean.

“That was how I felt. She’s really bringing him along and he kept playing in. At some point, he follows her everywhere and it’s a bit too much.”

BBNaija S6: Maybe I’ll Try To Be In A Relationship With Cross Outside The House
BBNaija S6: I Would Have Chosen Angel As The HoH And Either Pere Or Emmanuel As Deputy HoH, If I Had The Veto Power – Says Cross