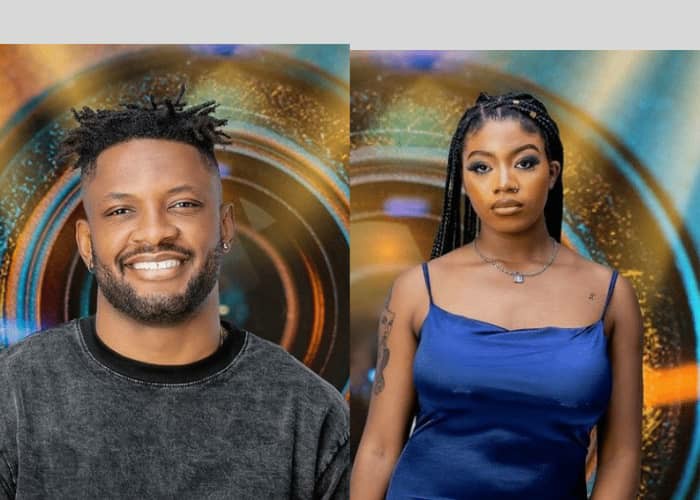 Big Brother Naija Shine Ya Eye housemate, Cross, has begged Angel to forgive him, stating that his biggest crime was to love her, aso Naija reports.

He said this on Sunday night, after the live eviction show, as the duo was in the red room with Pere.

Apparently, Cross had offended Angel and she had been giving him a silent treatment for some days, without telling him his offence.

In the Saturday night party, he had knelt down, asking Angel for forgiveness, but the latter refused to respond to him as she maintained her distance from him.

During the live eviction show, the host, Ebuka Obi-Uchendu, also asked Angel why Cross was kneeling down before her.

Angel said Cross offended her but she was not ready to tell him what he did.

After the show, Cross still approached Angel, begging for her forgiveness.

Pere told Cross, “In this case, you’re not in jail, you’re in prison; maximum security. You’ll be the only one talking to yourself in this maximum prison security that you’ve found yourself.”

Cross said, “I’ll be there. If loving you is the biggest crime that I have ever committed, for you to restrict me from having a conversation with you, to have our relationship back on track, let me go to jail.”

All the while, Angel was in the room combing her hair and didn’t make any comment to either of the men.

Angel and Cross had called themselves bestfriends earlier last week and had shared more than a few kisses.

With Angel’s recent cold shoulder towards Cross, the latter is worried that he may lose his ‘friendship’ with Angel.