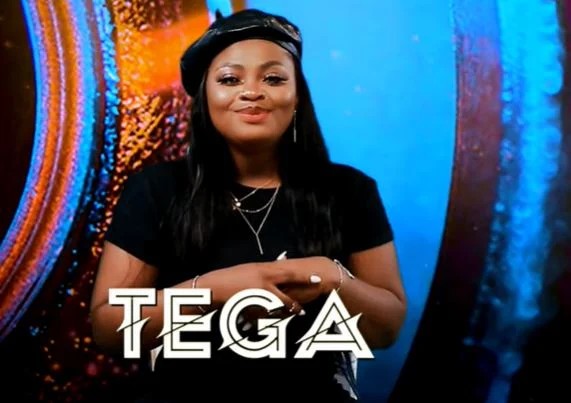 Big Brother Naija Shine Ya Eye housemate, Tega, has revealed that Nini’s relationship with Saga disturbs her and making her uncomfortable in the house, aso Naija reports.

She made this known in a Diary Session with Big Brother on Tuesday, day 38 of the show, where she was asked which housemates she’ll evict if she had the chance.

The married mother-of-one said she’ll evict Nini and Peace if she had the chance.

Tega pointed out that Nini’s closeness to Saga is disturbing and she’d like to see how one would survive without the other.

She said, “I perfectly understand their relationship. Like I always say, I don’t know if one person will be able to survive without the other person.

So I’d like to watch the drama unfold and see how they’ll be able to put themselves together. ‘Cause it’s like this one cannot stay without that one.

“In the outside world, it looks sweet but here, it’s inside our eyes. It’s disturbing us. I’m speaking for myself.”

BBNaija S6: Cheating On My Wife Damaged Our Marriage, Tega’s Husband Reveals
BBNaija S6: I Think Maria’s Eviction Is Fake, She Has Good Personality Than JMK And Sammie  – Says Pere