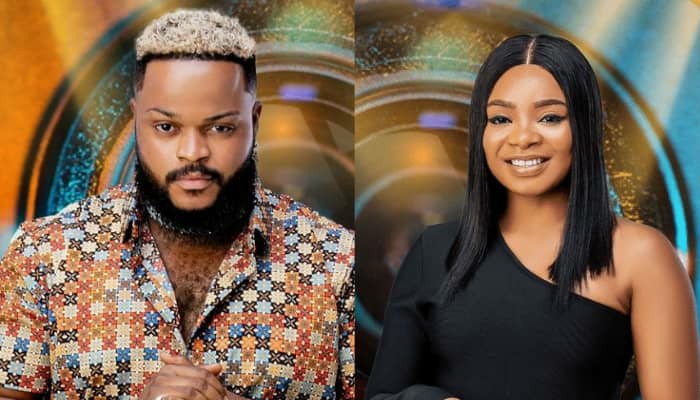 Big Brother Naija Shine Ya Eye housemate, Whitemoney, has made promises to Queen noting that nobody in the house can take him away from her, aso Naija reports.

He said this in the early hours of Saturday, day 63 of the show, as the duo laid together in the garden, after the Jacuzzi Party.

Whitemoney advised Queen that though they’re not married, the latter should be loyal to him, as no housemate is in competition with her over him.

Apparently, Queen was getting intimate with some of the male housemates in Whitemoney’s presence during the Jacuzzi Party and the latter wasn’t happy about it.

When she did same last week, Whitemoney had warned her, telling her that all her “extra kissing” was a “stupid act.”

Speaking on the recent occurrence, he said, “I know we’re not dating and we’re not husband and wife. But if you want to be with me as your companion, no problem.

“As you said you want to have such a relationship with me, my sister, you will be focused. As I am now, I cannot say I want to kiss Angel or grab her boobs. I wouldn’t do all that. Even now, if loyalty was a person, you’re supposed to be beside me.”

Queen said, “Oh, so you now know what loyalty is. You feel my pain now. I hope you feel the pain I felt a few weeks ago.”

Apparently, Queen was talking about Whitemoney’s involvement with Jackie B before the latter got evicted.

During the period, Queen had told Whitemoney that he should only give his attention to her and no one else.

He assured her that the past occurrence will not repeat itself saying, “Who is your competition now? Who wants to ‘collect’ me from you in this house? Nobody.”

Whitemoney further advised that if she wants to get intimate with other guys, she should do it behind his back.

I Ended My Three-year Relationship Before BBNaija – Saga
BBNaija S6: I Want Nothing But Friendship From You – Nini tells Saga