Sammy and Angel were seen cuddling in bed last night in the Big Brother Naija Shine Ya Eye house and fans have expressed mixed reactions concerning their action.

Some fans have seen this as a potential ship between the duo and have expressed excitement.

In BBNaija, ‘ship’ is used to describe a romantic relationship and close friendship between a male and female housemate.

While some fans want the ship to sail, others think it’s a bad idea for Sammy and Angel to be an item in the house.

Well, the fans have taken to Twitter to express their thoughts on the action by the duo.

A fan, @ojbackk, tweeted “Angel is actually pretty pretty! And Sammy has to be a lucky boy if he sets his tracks right with her!”

Expressing disapproval, @tearsnchocolate, tweeted, “What did I do to deserve Sammy and Angel? He should stay away from her abeg.”

“In Sammy’s head, he will get Angel. SMH (shaking my head), @gudgaalriri said.

Some on the other hand, expressed surprise on the closeness between Sammy and Angel.

@__adimagba asked, “Is that Sammy and Angel I’m seeing?”

“Sammy and Angel. I never saw that coming,” @caramel_jane said. 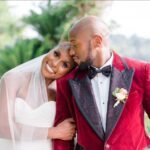 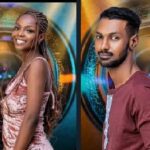