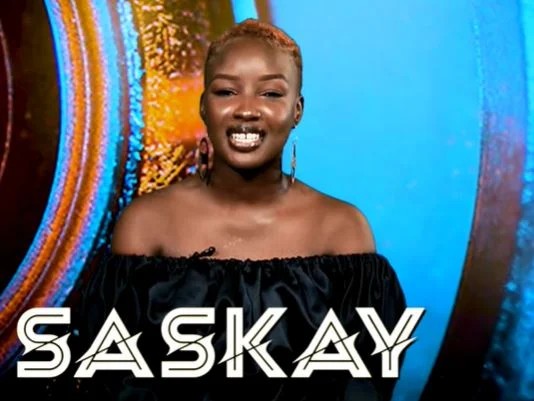 This was declared openly in a brief, read out to all the housemates by the Head of House, Whitemoney, on Friday, day 55 of the show.

According to the announcement results, Saskay amassed a total of 150 points and “sits comfortably in the first position” with a sum of N1.55m as her reward.

The announcement came with shouts of jubilation from the winner and a round of applause from the rest of the housemates.

However, Saskay was not the only winner for the game, as Liquorose, Yousef and Angel, also emerged as runner-ups.

The results read, “Yousef and Angel are both tied in third place with a sum of 100 points each. As a reward for their effort, they will each receive the sum of N500,000. The second position is Liquorose with a sum of 130 points. Your reward for this effort is N750,000.”

The Piggyvest task, which took place on Friday, day 48 of the show, involved different games in the Arena and Liquorose discovered the grand prize for one of the games.

In addition to her latest cash prize, Piggyvest has made Liquorose over a million naira richer.

BBNaija S6: I Would Rather Date For 10 Years Than getting Married – Nini
I Didn’t Have Intimate Relationship in BBN Because I Didn’t Want To Do It On Camera–Peace