Members of Team Xcellent include Emmanuel, Jaypaul, and Jackie B and they all get to share N1.5m among themselves (N500,000 each) as winners, according to the announcement.

The task which took place on Thursday, day 47 of the show, involved two parts and the housemates were divided into four teams: Team Xclusive, Team Xceptional, Team Xcellent, and Team Xtraordinary.

The first part of the challenge had to do with taking pictures and videos using the Tecno Phantom X.

In the next part, the housemates were asked to edit their videos using same device.

Each team created their pictures and videos according to the props and costumes provided to them.

When the results were announced, Team Xcellent emerged as the winner and each got N500,000 for their win. 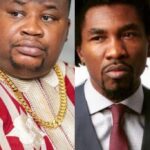 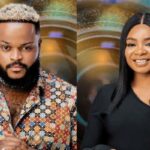