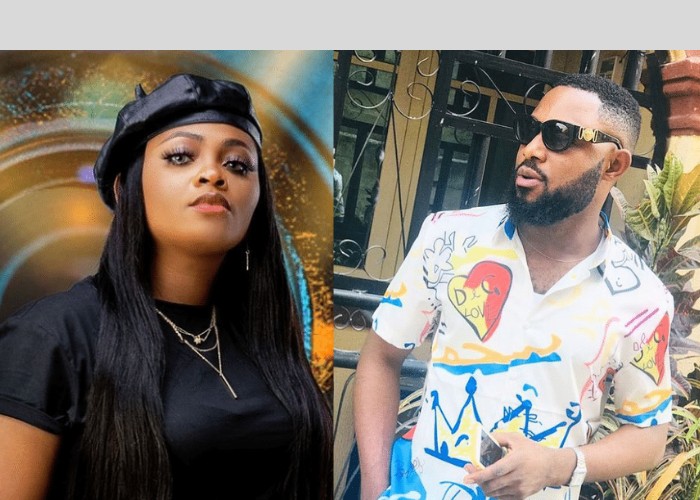 The housemates had on Sunday night participated in a truth or dare game and Tega, the first married woman to be in the show, fully participated.

In the course of the game, Saga was made to touch Tega’s bosom with his mouth for five seconds, an action which came under heavy criticism from social media.

Fans took to Twitter to bash the married woman and mother-of-one for participating in such a game.

A tweep, @tosteedaniels, wrote, “Is Tega really a Married woman ?Does Saga resemble her son that she is giving him breast to suck?”

Another tweep, @Onimicee_ , said “Saga didn’t just do what I saw to a married lady. In fact, is Tega really married?

“Tega is free spirited but you see that thing she did yesterday, it’s a no no,” @ted_thek said.

In her defense, her husband, identified as @ajmoney001 on Instagram, wrote, “My wife is an actress. If that was a movie scene, she would still do more. Let’s try and subscribe to show max. That was the content I signed for. Expect more #tegan #bbnaija @its_tegadominic I love you baby.”

Continue Reading
You may also like...
Related Topics:Saga, Tega, Truth Or Dare

BBNaija S6: Maria’s Handler Cries Out Over Death Threats After She Nominated Housemates For Eviction
BBNaija S6: “I Nominated Niyi Because He’s Married, He Has Nothing To Lose” – Pere