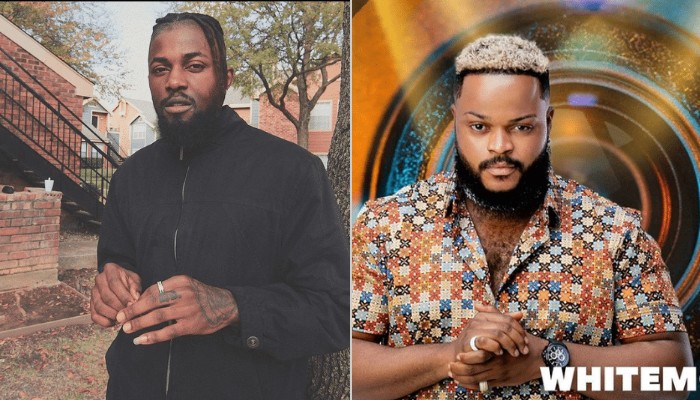 Big Brother Naija Shine Ya Eye ex-housemate, Michael, has said that he thinks Whitemoney is the most strategic housemate in this season because he Made People See Him As A Matter Of Importance By Cooking For Everybody, aso Naija reports.

He made this known in an exit interview with the show host, Ebuka Obi-Uchendu, after his eviction on Sunday.

In the chat, Ebuka asked Michael who he thinks is the most strategic housemate in the ongoing show.

Without hesitation, Michael said it was Whitemoney and he went on to hail the him for his strategic actions in the house.

Michael said, “It’s not a bad thing. I really applaud him. I tip my hat off to that because he found a way to insert himself into key components and function of the house.

Ebuka asked, “Then Pere wasn’t wrong because that’s what he said.”

“He wasn’t wrong,” was Michael’s reply.

In the week three of the show, Pere had once faulted Whitemoney’s cooking strategy, stating that the latter was trying to make himself too important in the house.

Pere had said, said, “I’m against the idea of one person cooking for everybody for the entire stay.It’s not logical because that creates a ‘you all would need me’ or ‘you all have to need me’ mentality, which is very detrimental. It is horrible and I don’t like that.”

BBNaija S6: Saskay Is Playing With My Feelings – Cross Says
BBNaija S6: My life Has Taken a U-Turn and I’m not Mentally Okay -Ex-Housemate Tega Says As She Weeps (VIDEO)