Yoruba rights activist, Sunday Adeyemo aka Sunday Ighoho, has been released from the detention of the Benin Republic government.

His first released photo has caused roars on the Internet and he looks robust and fine.

Aso Naija recalls that Communications Secretary, Ilana Omo Oodua (IOO), Maxwell Adeleye made the announcement in a statement on Monday.

A group of photos making the rounds online shows Igboho with Yoruba leaders after his release. 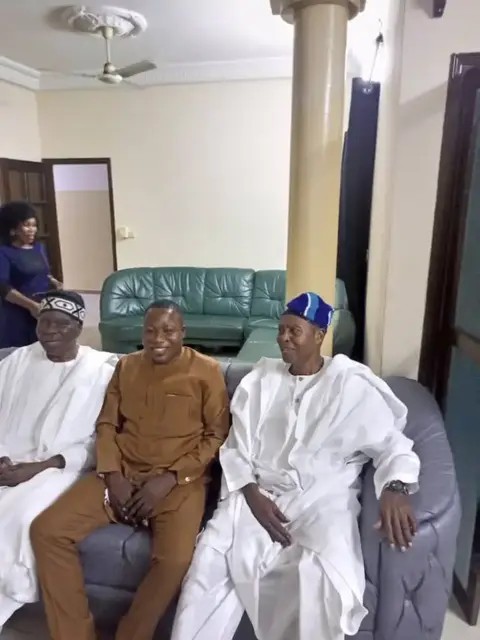 He looked healthy, robust and full of smiles as he posed for the camera with Prof. Banji Akintoye.