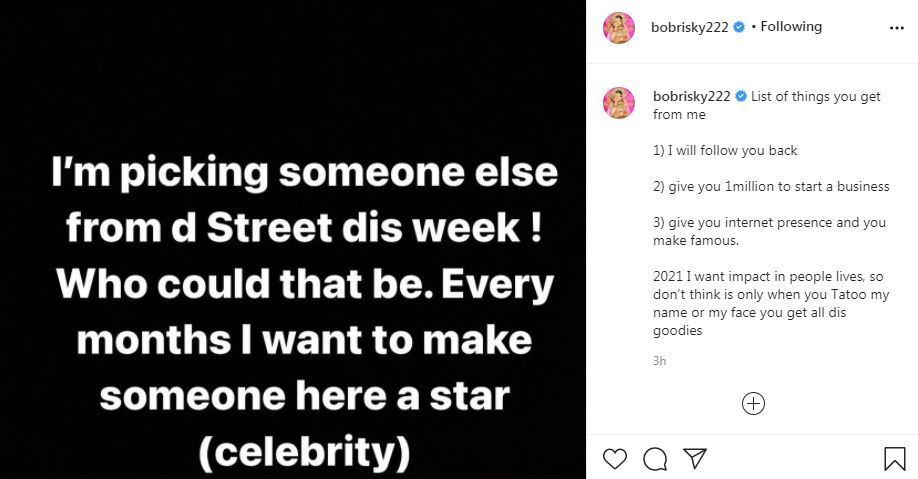 Well-known Nigerian crossdresser, Idris ‘Bobrisky’ Okuneye, says he has very big plans for his fans driving by his recent post on social media.

The extrovert has been known to be a joyful giver especially to those who show him, great love.

Just recently Bobrisky disseminated his plans to empower his fans and promised to make one of them celebrities each month.

READ ALSO: I am Weak And Dehydrated- Kemi Olunloyo Talks on Her Sick State

Elucidating further in his caption, the crossdresser said that he would follow the lucky fans, gift them N1 million to start a business, and also give them an internet existence to make them famous, aso Naija gathered.

Bobrisky added that he had plans to impact people’s lives in 2021.

“List of things you get from me
1) I will follow you back
2) give you 1million to start a business
3) give you internet presence and you make famous.
2021 I want to impact in people lives, so don’t think is only when you Tattoo my name or my face you get all this advantages” 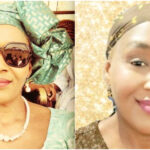 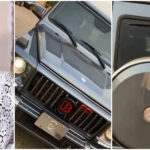