Bobrisky’s Former PA, Oye Kyme Cries Out After Her S*X Video Got Leaked

According to Oye, filming the video is the worst mistake of her life and she has had to restrict her movement for fear of being recognized by people.

“I didn’t expect my sextape video to trend in Ivory Coast especially where am living now I can’t even go out. This is the worst mistake have made in my life”, she wrote.

A while ago, OyeKyme gave the reason she decided to launch her career in Pornography.

She recently had a Question and Answer session where she also made full disclosure about how she loves sex and how she makes a lot of money from the profession. 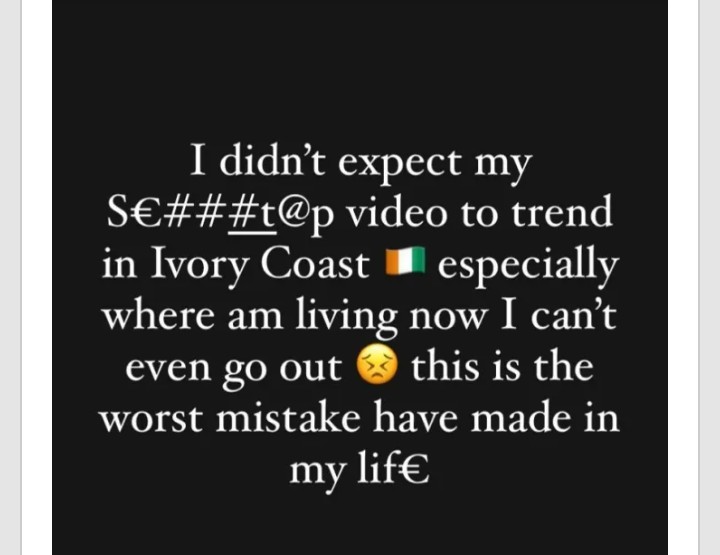 I love sex and I think it’s really fun to be able to explore new things I easily express myself when I am acting.

Even your mommy of Lagos dey do am too his own is just private you can’t stream it without ID but it will soon cast everywhere go scatter when it will leak.

Comedian Sabinus Sues Peak milk N1b, Gala N100m For Using His Idea For Advertisement Without His Consent
Reactions As Nigerian Lady who Graduated as medical doctor Becomes A Shoemaker