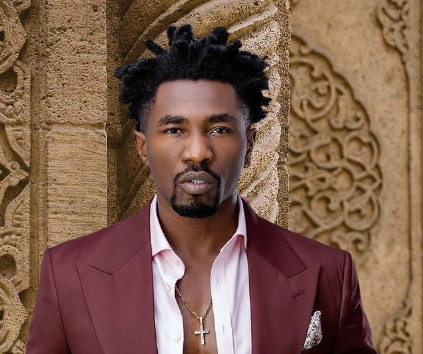 Boma: “Leave Tega Alone And Face Me If You Have The Gut”

Boma, A reality TV star and Ex-BBnaija naija season six housemates has said he wished back stabbers and antagonists could leave Tega and face him, aso Naija reports

Boma said this during a recent media outing with other ex-Big Brother Naija housemates, Liquorose, Emmauel and Tega, while reacting to the constant backlash that trailed his “romance” with Tega.

Recall that he was involved allegedly with tega in the house.The duo was believed to have had sexual intercourse with each other during their stay in big brother Naija house.

He also said that the fans of the show are trying to twist what happened in the house, adding that he is not moved by fans as he has been in the entertainment industry for 18 years.

“I really wish that these trolls can leave Tega and just face me alone.

“I have been in the entertainment industry for 18 years for someone to tell me what to do and what not to do.

“All the that shit they say doesn’t get to me at all because it’s not the trolls that I care about, it’s those close to me that I really care about,” Boma Said.

Continue Reading
You may also like...
Related Topics:Boma, Tega

Angel Gets Death Threats By Unknown Caller Over Guys She Flirted With In BBNaija House
BBNaija: I Will Use Your Platform To Preach The Word Of God – Cross Mother Tells Son