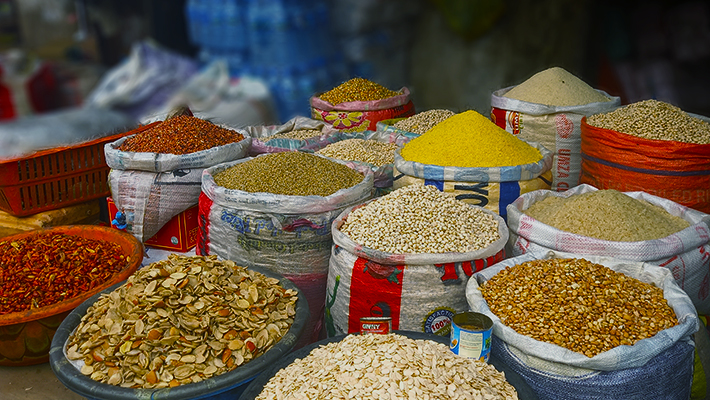 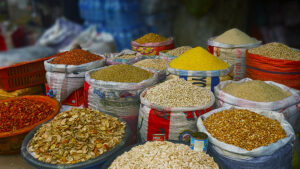 More Nigerians will be afflicted by hunger and malnutrition as food prices continue to spike, with Peoples Gazette’s market survey indicating that a bag of beans now sells for as high as N100,000.

On a monthly basis, prices of food items appear to be rising in major cities in Nigeria. For example, the prices of beans have gone up over the last one month compared to previous months.

Peoples Gazette’s market survey across Abuja, Lagos, Port Harcourt, Bauchi, and Bayelsa, showed that the prices of beans have doubled in the past weeks.

In August, food inflation rose to 21.03 percent due to the hike in local food items. The inflation growth and depreciation of the naira against the dollar have put pressure on the prices of commodities consumed by Nigerians, with prices of foods constantly changing.

The current realities are forcing many households further down the depth of hunger and malnutrition.

Nigeria’s national minimum wage is N30,000 per month, mainly applicable to civil servants (both federal and state). However, many state governments have failed to pay the new minimum wage citing poor finances. The private sector pays as low as N10,000.

Over 40 per cent of the population live in poverty.

Worsening insecurity, especially in the North, is considered by many as the driver of the food crisis as many farmers flee from their farms out of fear for their lives as bandits, Boko Haram, and other criminals go on the rampage.

Last week, the House of Representatives set up a special committee to investigate the hike in food prices and other commodities, just as Mr Buhari directed the agriculture ministry to address the issue.