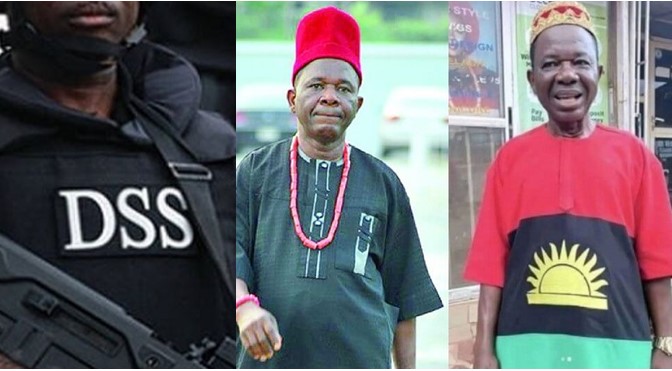 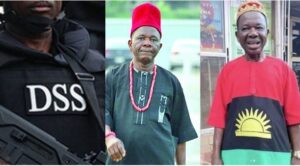 Veteran Nollywood actor Chiwetalu Agu was arrested and questioned by the State Services Department hours after his release from the military, BBC Igbo reports.

Agu’s colleagues who tried to secure his release told BBC News Igbo, adding that the DSS said a qualified lawyer must be on site to sign before releasing him.

According to the Actors Guild of Nigeria, AGN, they expected the actor to appear as soon as possible, but he remained in DSS custody longer than expected.

Nigerian actor Steve Eboh, who was in contact with the military for Agu’s release, said the DSS questioned the actor in an interview Friday afternoon.

However, he added that Chiwetalu Agu was in good health.

The Army released Agu on Friday after arresting him on Thursday for wearing a Biafran insignia around Upper Iweka in Onitsha, Anambra state, where he was handing out bread.