The President, Major General Muhammadu Buhari (retd.), will on Friday proceed to London for “a scheduled medical follow-up.”

His Special Adviser on Media and Publicity, Femi Adesina, disclosed this on Thursday in a statement titled, ‘President Buhari off to London Friday for medical follow-up.’

The statement read, “President Muhammadu Buhari will proceed to London, the United Kingdom on Friday, June 25, 2021, for a scheduled medical follow-up.

Buhari leaves for London at a time of looming threats of industrial action from the National Association of Resident Doctors.

Recall that the President had on Tuesday, March 30, 2021 embarked on a medical trip to London for a routine medical check-up and returned two weeks later.

If the President had stayed in London for more than three weeks during his March trip, it would have been mandatory for him to hand over to the Vice-President, Prof. Yemi Osinbajo, as demanded by the constitution.

READ ALSO: Nigerians Must Choose Between Tinubu And Other In 2023 – Senator Durojaiye

At the time he was leaving in March, NARD declared its intention to commence a strike on April 1 and carried out its threat as resident doctors refused to work for over two weeks, aso Naija gathered.

On Thursday again, NARD issued a fresh four-week ultimatum to the federal and state governments to address its demands including the payment of hazard allowances.

The association in a communiqué issued at the end of the virtual emergency National Executive Council lamented the failure of the government to fulfil the conditions it laid down with led to the suspension of its strike in April.

NARD said it observed that salary arrears of January, February and March of its members particularly in the University of Port Harcourt Teaching Hospital, University of Calabar Teaching Hospital and University College Hospital, Ibadan had been paid but was deeply worried about the re-accumulation of unpaid salaries in coming months if these members are not captured in the Integrated Payroll and Personnel Information System

The association also lamented the extortion of money from its members by the Lagos University Teaching Hospital under the guise of minimum wage while also stating that nothing had been done by the Federal Government to the implementation of national minimum wage and non payment of salaries since the suspension of the last strike.

“The NEC unanimously resolved that the total and indefinite strike action embarked upon by our members on April 1, 2021 should remain suspended and the Federal Government and State Governments be given four weeks to resolve the pending issues as stated otherwise risk the resumption of the strike. 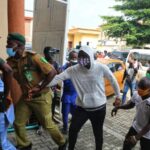 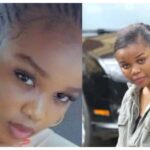