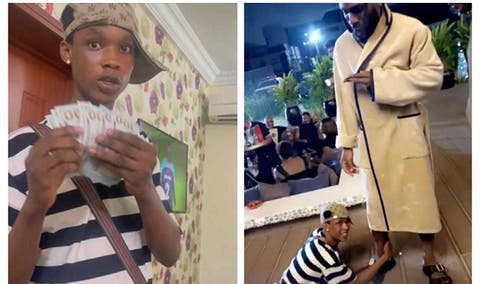 Burna Boy Gifts N1.6m To man For Kissing His Feet To Receive Blessings

Nigerian music superstar, Damini Ogulu popularly known as Burna Boy has gifted the sum of N1.6m to a man who prostrated at his feet and kissed it in a viral video, aso Naija reports

The man identified as Hyzah, is an upcoming singer who prostrated and told the Grammy winner burna that he would not not let go of his feet until he blesses him.

In the video which went viral earlier today, the African Giant was walking in a bath robe when the young man swiftly moved to him and laid down on the floor

People were telling him to stand up, but he instead chose prostrating at the singer’s feet

In reaction to the solid doings, Burna granted the wishes and handed him $3,000 and a free verse.

Hyzah took to his Instagram page and appreciated Burna boy.

“What a way to start a new year. I met the African Giant and got his blessings. More greatness Odogwu, he said. 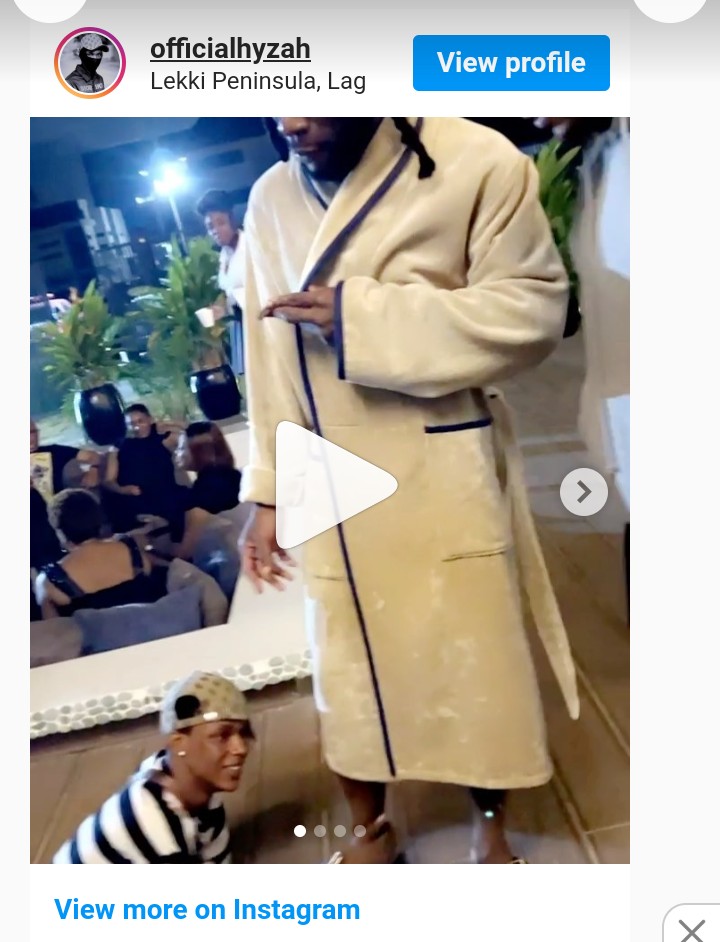 He is one of the biggest and most successful African artists.

He rose to prominence in 2012 after releasing “Like to Party”, the lead single from his debut studio album L.I.F.E.

Continue Reading
You may also like...
Related Topics:Burna Boy

Lady Narrates How She Fell In Love With Her Twin Brother, Blames Parents
Veteran Actress Iyabo Oko Wakes Up 3hrs After Being Pronounced Dead