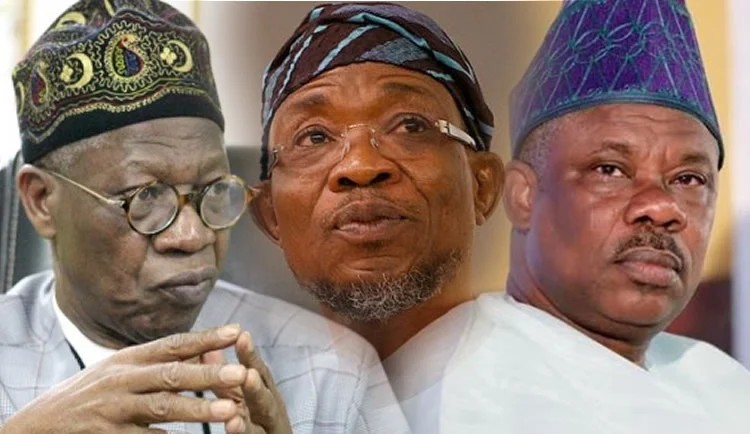 Groups of the All Progressives Congress in several states that are loyal to some ministers and senators are set to lose out as the APC has perfected plans to inaugurate state chairmen loyal to the governors at the party’s national secretariat in Abuja on Thursday (today).

Several state chapters had been divided into factions due to the controversial congresses conducted late last year.

However, the national leadership of the party is now set to inaugurate chairmen who are loyal to the governors except in Kano State.

Aso Naija learnt that the chairmen from at least 30 states had already arrived in Abuja ahead of their inauguration.

The arrangement, it was learnt, was put in place to prevent any breakdown of law and order especially if aggrieved elements stage protests.

Some of the states witnessing crises include Osun, Ogun, Kwara, Kebbi, Kano, Delta, Akwa Ibom, Rivers, Bauchi and Zamfara. In some of these states, factions have gone to court, seeking to be recognised as the authentic one.

However, Wednesday began on a dramatic note as Aregbesola, who had been engaged in a feud with his successor, Gboyega Oyetola, lost out. A Federal High Court in Osogbo, the Osun State capital, refused to recognise Aregbesola’s faction as the authentic one.

Justice Emmanuel Ayoola dismissed an application brought before it by Aregbesola’s loyalists, citing a lack of jurisdiction. The Judge ruled that the plaintiffs’ application was not covered by the law and could not be adjudicated by any competent court of law. Ayoola said the suit brought before the court was strictly party affairs, and the court lacked jurisdiction on the matter.

When contacted, the chairman of Aregbesola’s faction in Osun APC, Alhaji Rasaq Salinsile, said it was not clear yet who would be inaugurated by the national leadership as Osun state APC chairman.