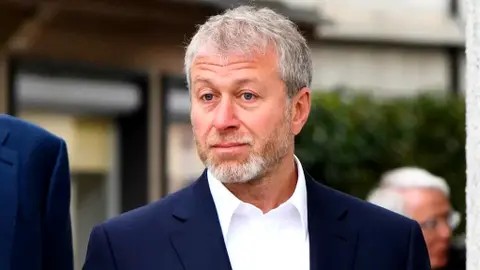 Roman Abramovich, the owner of Chelsea

Roman Abramovich, the owner of Chelsea has been banned from living in Britain ever again due to his suspected ties with Vladimir Putin, aso Naija reports.

As an ongoing event, Russia had today invaded part of Ukraine as tensions continue to flare between the neighbours.

Abramovich who has not been seen at Chelsea’s home game at Stamford Bridge for months is not likely to return soon.

The billionaire who took control at Chelsea in 2003 withdrew his application for a British Tier 1 investor visa in 2018, after reported delays in his application following criticism of Russian oligarchs in the wake of the Salisbury poisonings.

Senior security sources have now said it is unlikely he will ever be allowed to live in Britain again.