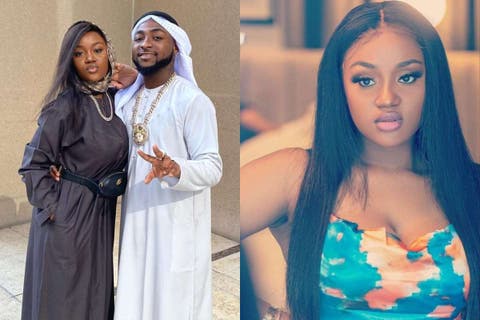 Chioma has reportedly ditched Davido and abandoned his home for allegedly cheating considerable periods during their marriage, aso Naija reports.

This is coming after the popular singer was spotted in St. Maarten holding hands with another lady, Mya Yafai, who is a former lesbian partner of famous rapper, Young MA.

In a report by Stella Dimoko-Korkus blog, Chioma had dumped Davido in October 2020, as she also moved out of his house last year.

SDK writes, “According to the Insiders, Chioma is the one who walked out of the relationship and not the other way round like is being pedaled on the social media.

According to the insiders ”, She is a strong woman. All this news and the attacks on social media might hurt her but she will be fine…She walked out of the relationship when it went South because of certain things, people should cut her some slacks’ and stop attacking and trying to shame her on the social media.

The Insider says ”Chioma moved out since October 2020, so how does that amount to being dumped? People should let her be so she can rebuild peacefully”

The Insiders also alleged that the crooner is upset for being dumped and that is why he’s doing things openly to hurt her back.”

“He chases women a lot and seems not to be the one who wants a marriage with any woman. Chioma has endured enough and for a 25-year-old, it’s high time she left his life and start something for herself,” another source said.

Continue Reading
You may also like...
Related Topics:Chioma, Davido