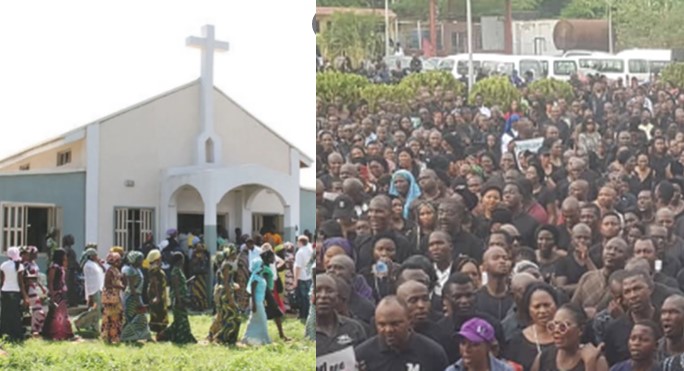 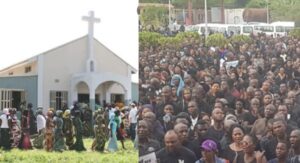 A Nigerian Twitter user has taken to the social networking service to narrate how a church allegedly refused to bury a dead man who had while alive, pledged the sum of 1 million Naira.

He revealed that the incident involves a church in his hometown that insisted that the money which was pledged by the dead man be redeemed by his family before they can bury him.

The deceased had reportedly made the pledge when the church wanted to purchase land, but he, unfortunately, fell ill and died before he could provide the money.

The Twitter user identified as Felix Nweke was replying to a tweet by another tweep who claimed that the Catholic Church is insisting that his elder brother who is not a Catholic, pay his dues before they can bury their late mother who was up to date with her contributions to the church.

Felix wrote; ”A man lived all his life serving and providing for the Catholic church in my town. He pledged 1M to the church because they want to purchase a land, along the line he fall ill unfortunately he died and Church insist on the pledge to be redeemed before they can bury him.” 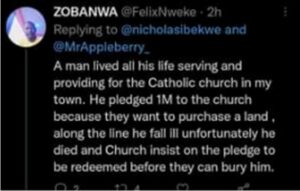