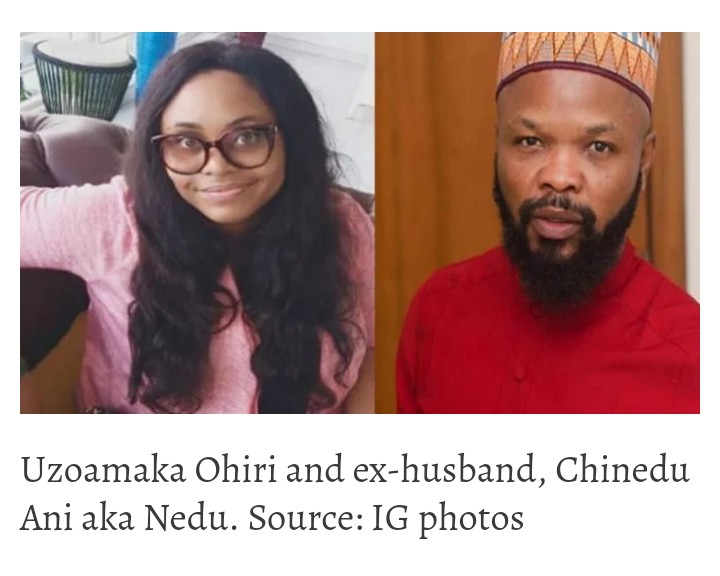 Radio presenter, Chinedu Ani Emmanuel, popularly known as Nedu, of Wazobia FM, has spoken on allegations of domestic violence tagged against him by his ex-wife, Uzoamaka Ohiri, aso Naija reports.

Uzoamaka had taken to her Instagram stories on Friday to accuse Nedu of battering her a few weeks after she delivered their child by a Cesarean section.

“@nedu_wazobiafm I am ready now, let’s take care of our girls, leave my son out of this… Remember this picture? You beat me up while your mother held my newborn a few weeks after a Cesarean operation,” she wrote.

In response to her posts, the OAP stated that he was not in the habit of trading issues on social media, but that he needed to clear the air on the accusations levelled against him.

Nedu, in an August 8 post said that he would always curse the day he met his ex-wife; to which the woman said that all she asked for was support for their kids’ upkeep. 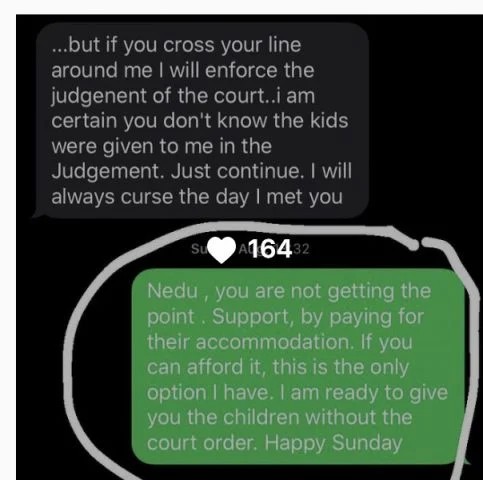 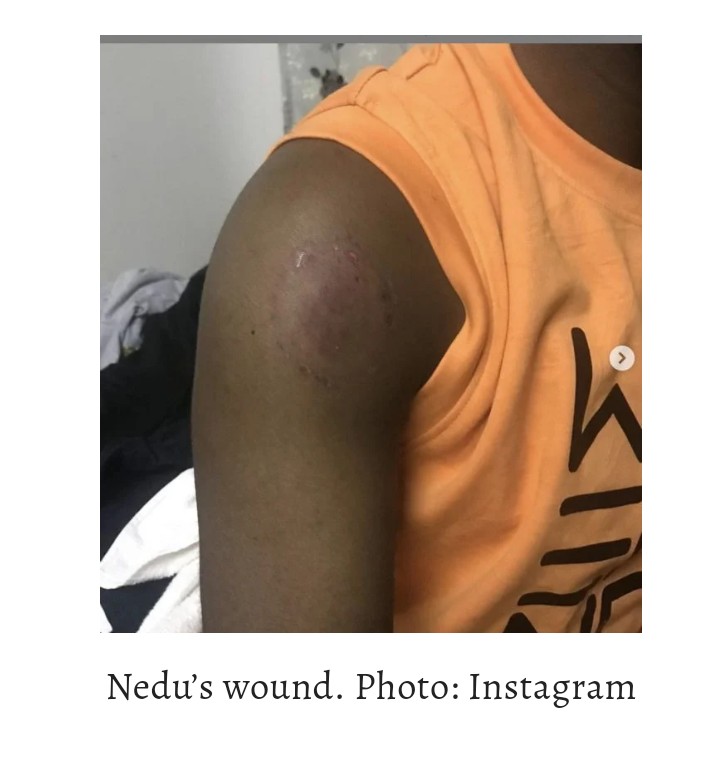 Stated Nedu: “First of all, I would like to state clearly that I do not support or encourage any form of domestic violence whether targeted at a man or woman. I have also never been one to physically violate anybody including my ex-wife.

“The matter has been investigated twice, one in the police station at Ajah and another by a competent court of law during the dissolution of our marriage.

“Both times, I was cleared of all allegations and I have the necessary proof to back up my claim. If any one should be laying claims to domestic violence it should be me,” he continued.

However, in an Instagram post a few minutes ago, Uzoamaka stated: “Please where are the divorce papers? We both are in accordance with being divorced. I need to sign too.

“Even when you committed bigamy, I was not moved.

Try not to open Ajiwe police station issue again, as you know you faulted.

“As regards the scar on your hand; that was the day I was with our infant daughter. Other @wazobiafmlagos staff witnessed the drama unfold. Nedu we fought and I finally won one battle. Deal with it!

As regards my son, you have already spread that certificate to the whole world. It is no longer, and has never been a secret.

It’s okay to say you do not have a problem with me… that’s for the gram. But why are your kids suffering?

“Now that I have gotten your attention, all I have been demanding, is for you to man up to some responsibilities over our lovely kids and their welfare.

“For 4 years I have been paying for the house rent and a lot of bills. You might not understand as you have never spent more than 12 hours with them.

“We can also share the rent bills on a 50-50 ratio . I have been the only one paying for about 4 years, and trust me it has not been easy on me.

“I have called, texted and tried to reach out to you via other direct and indirect methods, but to no avail.

Popular Musician, Bella Shmurda Deportated From Ghana After Attacking A Doctor
I Will Continue To Dance, Even At Age 60 – Kaffy