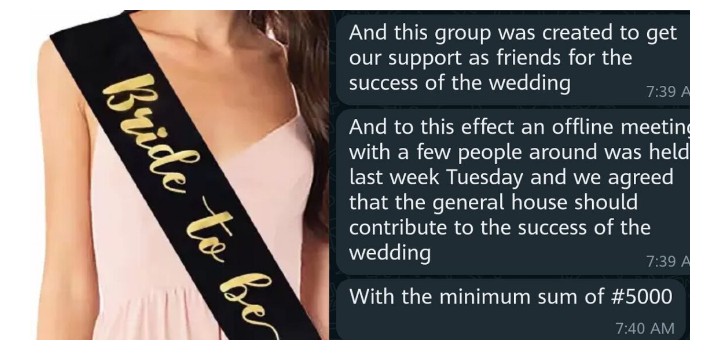 A Nigerian bride-to-be has reportedly mandated her friends to donate N5000 each towards her upcoming wedding, aso Naija reports

The lady, who’s set to walk down the aisle in a month is said to have added her friends, over a hundred.

She added them to a WhatsApp group chat and asked that each of them donate a minimum of N5,000 to the success of the wedding. A friend of the bride-to-be shared screenshots of the message all the friends received from the lady asking for the money on Twitter.

Sharing a snapshot of the message, the friend identified as Yusuf Bolaji on Twitter wrote,

Bolaji’s tweet caught different reactions from social media users, as they share their opinion on the bride’s request.

Reacting, a Twitter user @_B_energy wrote, “It’s a good one but she shouldn’t be the one to dictate what and how much should be contributed, neither should it be enforced.”

Another Twitter user @Mighty_B01 wrote, “We are privileged to be part of those they can count on as friends”

I’m privileged to be your friend cuz say wetin? Shey na you dem draw inside $1,000? What an organised begging!” 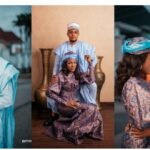 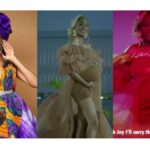