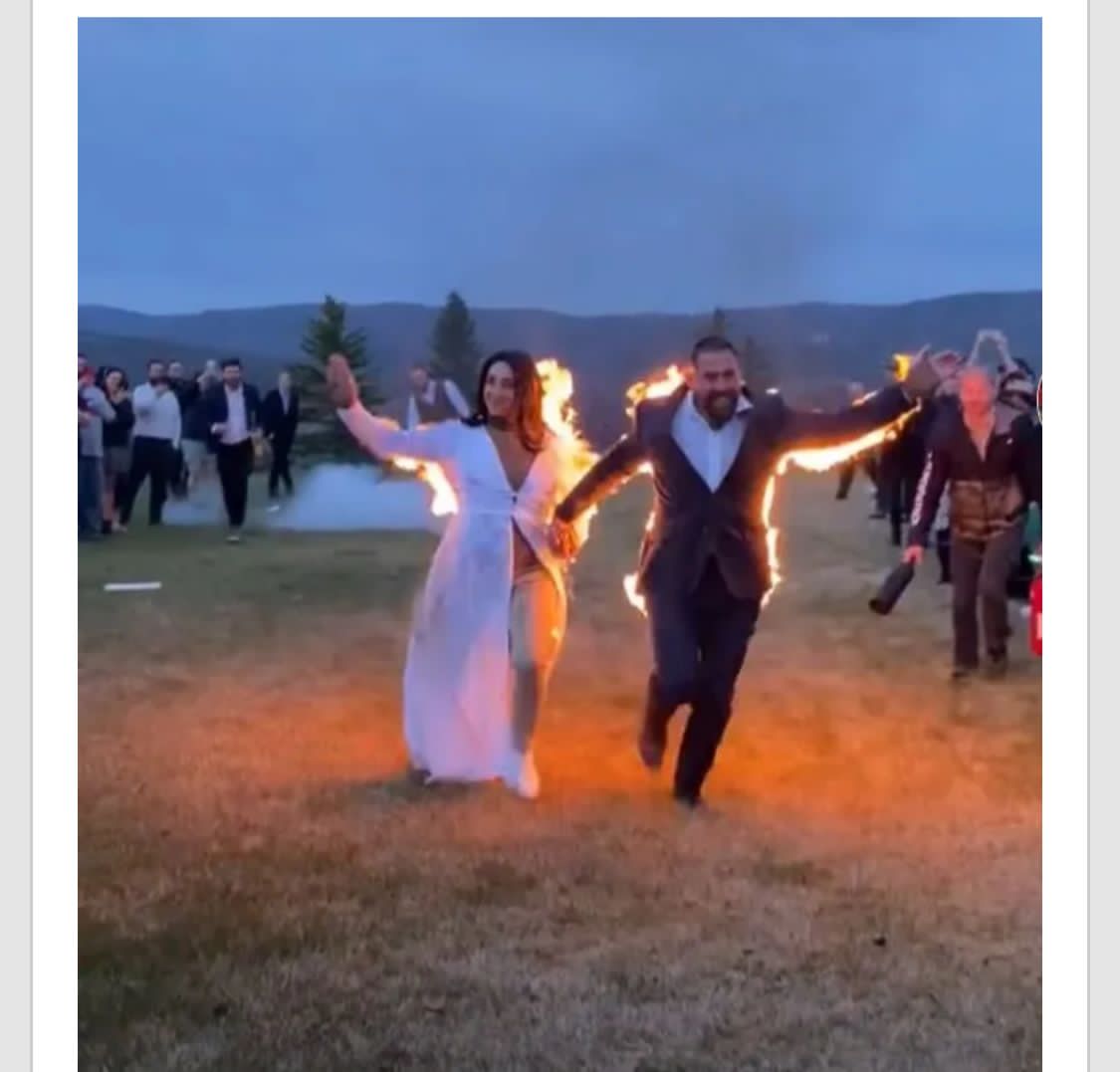 newly wedded couples have wowed the internet and left their guests astonished after pulling an unusual stunt at their wedding ceremony which held recently.

The couples, identified as Ambyr Bam and Gabe Jessop, who are said to be professional stunt artists, suprised their wedding guests to an Hunger Game-inspired ceremony.

After their reception, the bride and groom who donned fireproof dress and suit respectively were set on fire before walking onto the field with burning flames on their backs, which was later doused with a fire extinguisher.

A video of the fascinating event was shared on TikTok by one of their wedding guests, Russ Powell, and he captioned it, “Ambyr and Gabe met on set, their wedding exit makes sparklers look boring.”

He however warned people against trying such at their weddings without taking the necessary safety measures, noting that the couple are trained professionals.

Reacting to comments of some internet users who were surprised that the couple didn’t suffer any burns despite the intense heat from the flame, Russ said, “They both had anti-burn gel in their hair and face, then Ambyr had a wig on top.”

Continue Reading
You may also like...
Related Topics:Viral video