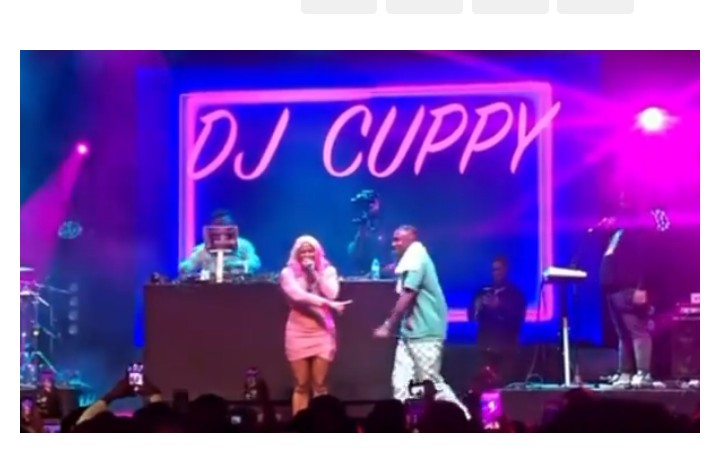 Dj Cuppy And Zlatan Settles Longtime Beef, Welcomes Each Other On Stage At London Concert

DJ Cuppy revealed this on her verified Twitter page, sharing a video where she showed up at the O2 Arena and surprised Zlatan by joining him on stage.

Before going on the stage, DJ Cuppy said, “I’m about to go on stage and surprise Zlatan. He doesn’t know.”

This comes months after the duo got into a feud which resulted to them blocking each other on social media platforms.

DJ took to her social media account some months back to announce that Zlatan blocked her on social media.

She tweeted, “10 months later and I sometimes still wonder why Zlatan Ibile blocked me on WhatsApp and Instagram without ever saying why; we were actually friends and “Gelato” was a hit!”

Shortly after this, Zlatan denied knowing DJ Cuppy in an interview on The Switch show, when he was asked about the social media blocking.

Therefore, this recent surprise by DJ Cuppy has suggested that the duo has settled their disputes.