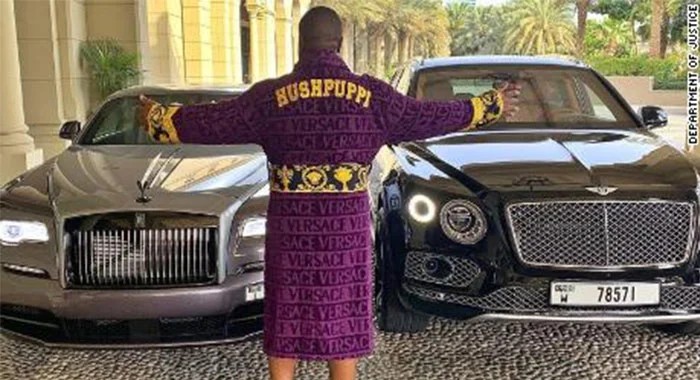 American cybercrime expert, Gary Warner, has disclosed that the document which claimed that an alleged international Internet fraudster Ramon Abbas, aka, Hushpuppi, laundered $400,000 in prison was fake, aso Naija reports

Warner, the Director of Research in Computer Forensics at the University of Alabama, noted that the document was an edited version of a June 2020 affidavit.

On his Twitter page, Warner disclosed that the new version of the document “was intended to get people to visit a scammer EIP website.”

He wrote, “People are asking me if it is true that #Hushpuppi laundered $400,000 in #Stimulus cards from in prison.

“The document they show is an edit of a June 2020 Affidavit. The new version is fake, intended to get people to visit a scammer EIP website.”

This came shortly after a purported cybercrime document, which went viral on Thursday morning, showed  that Hushpuppi, who was currently on trial, laundered $400,000 in prison.

Hushpuppi’s trial, which was initially scheduled for Valentine’s Day, had been moved to July 11, 2022.