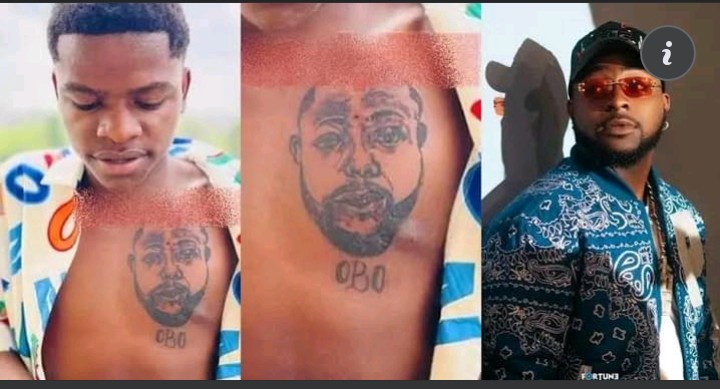 A young man is currently having his ass kicked with Nigerian’s response on social media following a facial inscriptions of singer, Davido that was drawn  on his chest.

The man who seems to be a big fan of the superstar artiste decided to get a tattoo of his favorite on his body.

This has left social media users in surprise considering how it was done.

Reacting to this display, netizens have made fun of the young man and his ‘awesome’ artistic work.

pablogrey113 wrote:
“Nah Obo monkey be this no be OBO oo😂”

artisttemmywest wrote:
“The one he drew na omo Baba talaka😂”

manlikeog_ wrote:
“Nor be papa ajasco dey that tat so?🤔” 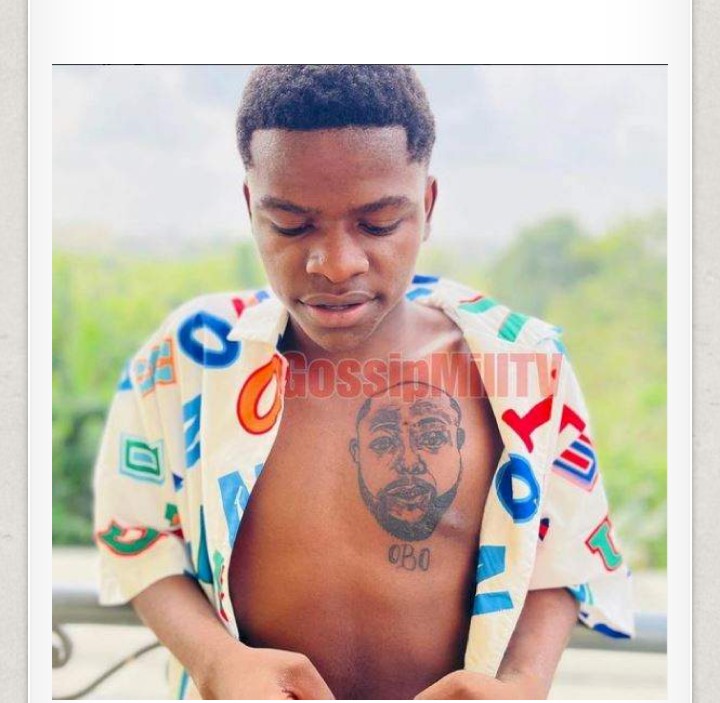 Davido won the Next Rated award in 2012 at The Headies after releasing “Dami Duro”, the second single from his debut studio album Omo Baba Olowo(2012).

Between 2013 and 2015, he also released a number of hit singles and in January 2016 he signed a record deal with Sony Music.

He then founded the record label Davido Music Worldwide (DMW), to which acts Dremo, Mayorkun, Peruzzi and Liya have been signed.

In July 2016, Davido signed a record deal with Sony’s RCA Records. In October 2016, he released the 5-track EP Son of Mercy, which was supported by the singles “Gbagbe Oshi”, “How Long” and “Coolest Kid in Africa”.

In April 2017, Davido re-negotiated his contract with Sony due to creative control issues and later that year he released five singles including “If” and “Fall”.

Davido has been famously referred to as ‘The king of modern-day afrobeats’.

Continue Reading
You may also like...
Related Topics:Davido, Tattoo Trends

I Dreamt Of Preaching And Winning Souls For God This Year, I Will Not Sin Again – Mercy Eke Says
“I Will Not Go To Hell, I Have MasterCard ” – Mummy G.O