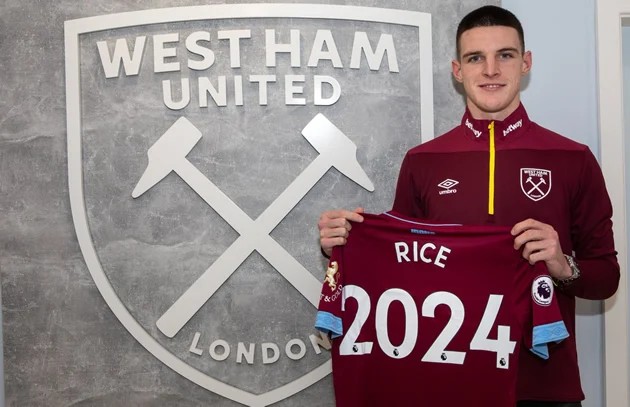 This is with the England midfielder waiting to find out the level of interest from boyhood club Chelsea.

United are ready to step up interest in 23-year-old Rice with the need to sign a midfield general becoming a top priority.

West Ham have slapped a £100m valuation on Rice and the England international is likely to be high demand.

According to the Mail On Sunday, Rice would ideally love to return to Chelsea having been released by the club at 14

Declan Rice is a professional footballer who plays as a defensive midfielder or centre-back for Premier League club West Ham United and the England national team.