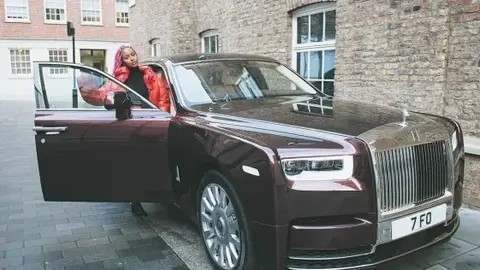 “Wealth Does Not Guarantee Peace Of Mind” – DJ Cuppy

DJ Cuppy, a Nigerian disc Jockey has revealed during an interaction with fans and said that access to wealth does not guarantee happiness or peace of mind, aso Naija reports.

The 29-year-old who recently spoke about battling depression and being body-shamed, among other things, has once again spoken on if having access to wealth makes one happy.

She noted that at some point she battled depression, but no one believed her because they saw her as a rich kid with no problems.

Reacting to this, a fan identified as Asiwaju said that it was insightful to see Cuppy speak about her displeasure despite “having it better”.

In reaction, DJ Cuppy then explained that access to wealth is a privileged convenience, but does not guarantee happiness or peace of mind.

“better *financially…Asiwaju, access to wealth is a privileged convenience, but does not guarantee happiness or peace of mind”.

DJ cuppy is the daughter of Nigerian businessman Femi Otedola. She grew up in Lagos and moved to London at the age of 13.