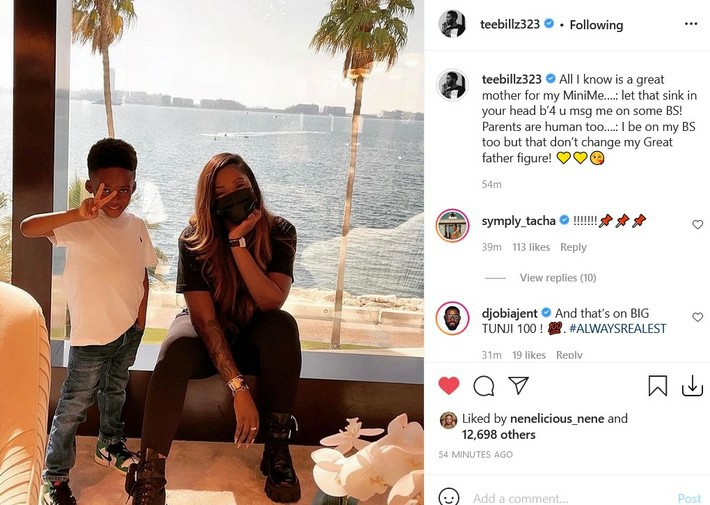 Tiwa Savage’s ex-husband, TeeBillz has reacted to the singer’s decision to have a chat with their son about her sex tape.

The ‘somebody son’ crooner, Tiwa Savage cried out earier this week that she was being blackmailed by an unknown individual who has her sex tape.

The singer, who revealed her nightmare in an interview on a live radio programme, resolved to talk to her six-year-old son, Jamil about the sex tape.

Tiwa also vowed that she would never release any money to the blackmailer.

Reacting to the saga, TeeBillz in an Instagram post on Saturday, stated that she’s only human and regardless of what people might think of her, she is a great mother.

All I know is a great mother for my MiniMe….: let that sink in your head b’4 u msg me on some BS! Parents are human too….: I be on my BS too but that don’t change my Great father figure!,” 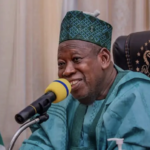 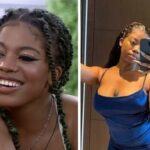