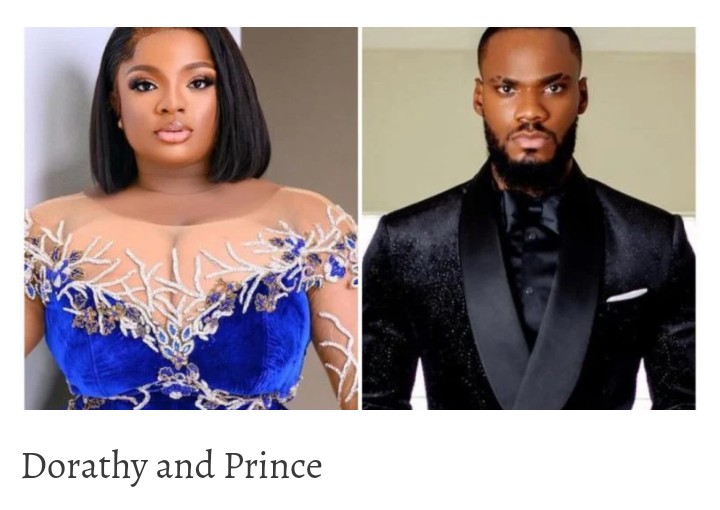 Dorathy Bachor, Ex-Big Brother Naija housemate has disclosed the reasons behind her decisions and why she would not date or marry her fellow ex-housemate, Prince, aso Naija reports.

Dorathy made this known during a question and answer session with her fans on her verified Instagram handle when she was asked why she and Prince were not in a relationship.

The reality TV star revealed that it would be bad enough to date Prince because he is like a brother to her, hence there can not be any form of intimacy between them.

She responded, “I cannot marry Prince. It is forbidden for me to marry my brother.”

Aso Naija recalls that the duo While on BBNaija, Lockdown edition, Dorathy and Prince were seen to enjoy each other’s company .

They big brother Naija season five ex-housemates at the time of the show  have also admitted to liking one other considering how close they were while on the show.

However, she has disclosed that she was not relationship with prince and would never do such thing.

It was later revealed during the reunion show that Dorathy had another love interest in the house, Brighto.

Continue Reading
You may also like...
Related Topics:Dorathy, Prince