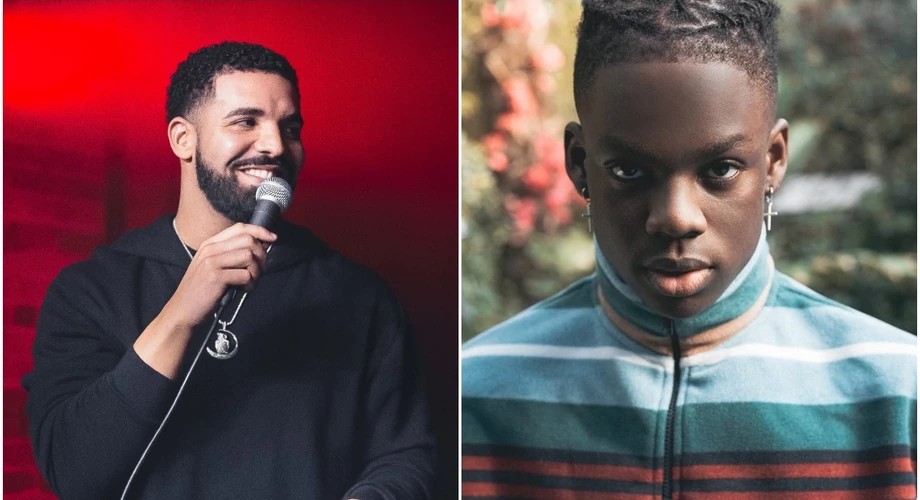 On September 3, 2021, the biggest artist in the world, Drake took to Sound 42, his radio show on SiriusXM to play a bunch of records. Two of them are records with MAVIN star, Rema and Yeezy creator, Kanye West, aso Naija reports

The song with Rema was teased by Drake on April 6, 2020. The song is an Afrobeat record with interesting R&B essence. The song comes after Drake released ‘Fountain’ featuring Tems on his newly released album, Certified Lover Boy. Word on the street says Drake has another song with Rema.

The Kanye West song is titled, ‘Life of The Party’ and it features Andre 3000.

Divine Ikubor, known professionally as Rema, is a Nigerian singer-songwriter and rapper. In 2019, he signed a record deal with Jonzing World a subsidiary of Mavin Records. He rose to prominence with the release of the song “Iron Man”, which appeared on Barack Obama’s 2019 summer playlist.

Aubrey Drake Graham is a Canadian rapper and singer. Gaining recognition by starring in the television series Degrassi: The Next Generation, Drake released his debut mixtape Room for Improvement.