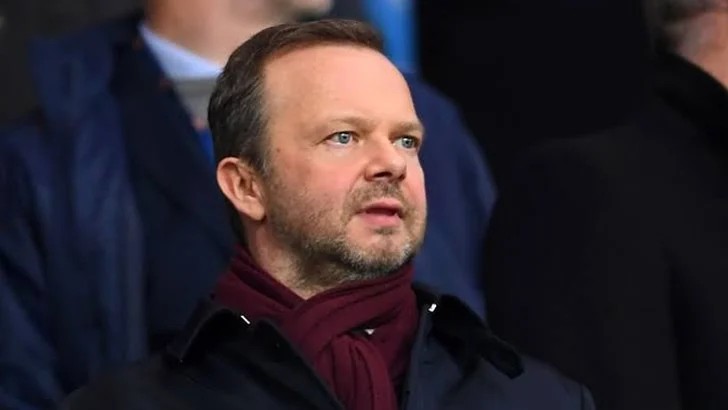 Ed Woodward To Quit Role From Manchester United By February

Manchester United have announced that Ed Woodward, will step down from his role as Executive Vice-Chairman from February 1, 2022, aso Naija reports

This is as the club announced the appointment of a former Group Managing Director, Richard Arnold, as Chief Executive Officer, effective February 1, 2022.

On his appointment, Arnold was quoted by United’s website as saying, “I am honoured to have the chance to serve this great club and its fans. I am determined to return that honour in any way I can.”

Joel Glazer, Executive Co-Chairman, said, “I would like to thank Ed for his tireless work on behalf of Manchester United during his nine years as Executive Vice-Chairman and 16 years with the club.

“We are now looking forward to Richard and his leadership team opening a new phase in the club’s evolution, with ambitious plans for investment in Old Trafford, the strengthening of our engagement with fans, and the continued drive towards our most important objective – winning on the pitch.”

Edward Gareth Woodward is an English accountant and investment banker who is the executive vice-chairman and effectively the chief executive overseeing the operations of Manchester United F.C.

Ed oodward is expected to step down from this position around the end of 2021.