The EFCC stated that the socialite was invited two weeks ago but only showed up yesterday, 1st November.

“We did not arrest Obi Cubana. We had invited him over to our office two weeks ago, which he only showed up yesterday around 11am in our office at Wuse Zone 6 Abuja”

They also noted that they were investigating Obi Cubana for evasion of tax by the Cubana Group with money laundering and abuse of the naira in public places.

On Monday, 1st November, the reports of the arrest of billionaire businessman, Obi cubana on social media and news platforms sparked serious conversations amongst Nigerians.

Obi Cubana buried his mom with great fanfare and he had revealed that  it was in Abuja that he was introduced to the real estate business, where he met a client who wanted to furnish a house.

After furnishing the house for the client, Obi received a donation of 500,000 Naira, as he also made over 600,000 Naira in profit for this work.

According to him, “This was the first N1.1 million I earned before joining contract work in Abuja. I signed a contract with PPMC, I made some money, then I bought my Mercedes V-boot. I invested the money I earned in a garden brewery before creating Cubana Group. 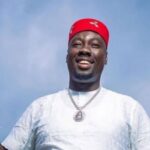 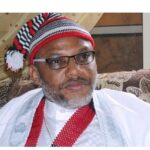